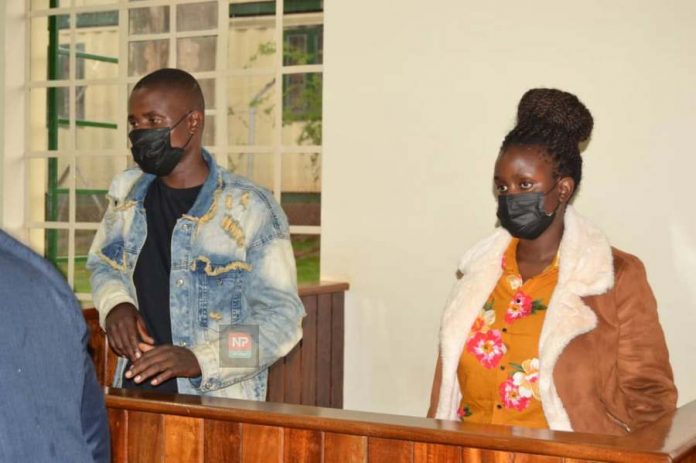 The Makindye Magistrates Court has remanded businessman Charles Olim commonly known as Sipapa and his wife to Luzira prison.

The court charged Sipapa with six counts of aggravated robbery. Sipapa was charged alongside his wife Shamirah Nakiyemba a designer as they were arraigned on Friday before Grade One Magistrate Patience Lorna Tukundane.

The court heard that Sipapa and Nakiyemba and others still at large during the night of August 29th, 2022 at Bunga Kawuku Makindye Division in Kampala District robbed six South Sudan nationals of different items and cash.

When robbing, Sipapa and his wife reportedly used a substance that made all their victims unconscious which made it easier for them to execute their crimes successfully.

State Attorney Eunice Akullo told the court that investigations into this case are still ongoing. They were remanded to Luzira prison until September 19.

The accused city burglar was arrested on Wednesday two days after his wife was arrested with the rest have been in custody.

The Police Spokesperson Fred Enanga on Monday told journalists that they recently conducted a search at Sipapa’s home and most of the items which place them at the scene of the crime were recovered.

Sipapa has involved in a number of chaos in the city, but always remained untouched. Once was seen moving along with the AK47 guns.

And his bragging has been arraigned to his connection with the present Museveni.

Even the IGP Martin Ochola ordered his arrest and impounding of his vehicle. However, the IGP’s order were not affected until the robbery at Arok’s home.