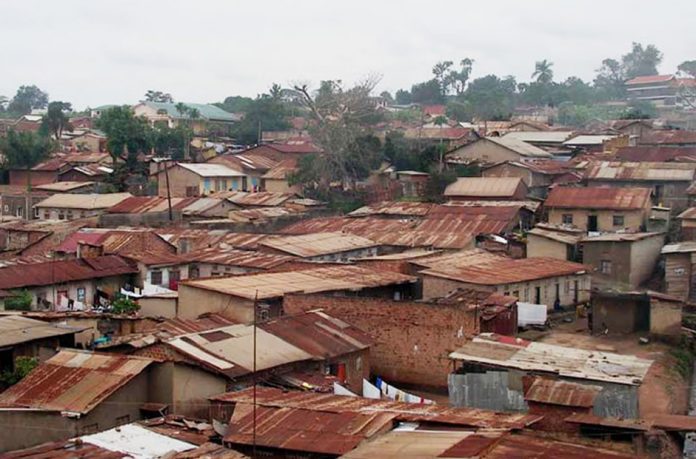 Let’s face it – it sucks to be poor anywhere. But I think a lot about relative poverty.

Very frequently here in Uganda, people will ask me to “take them to America.” I know the vision in their minds. They will step off the airplane and someone will hand them a bag of money, whisk them away in their limo to their big house in Beverly Hills, and tell them where to show up for their first day of work at their powerful, high-paying job.

Most of these people who come up to me (and every other mzungu) are unemployed, uneducated young men who are wanting to escape their poverty here. Would their situation be better as poor, uneducated, young black men in America, where around one in nine young black men are in prison? Or would it be worse?

Maybe it would be better. Many immigrants might not jump straight into the “good life,” but they are able to make just enough to survive and send some money back to their family. Then they have children who are American citizens, who make it through the public school system, possibly college, and really do make that jump into the middle class. It’s the American Dream.

A poor person in Uganda probably has a vast family network for help and support. You can buy a minimal amount of food for very little money, and you can live as a squatter on land that isn’t yours in a structure that would never pass code in a western nation. Not a great reality, but you are surviving and you are probably surrounded by a lot of other people who are struggling the same way you are. Your baseline for comparison isn’t so far off from your own reality.

On the other hand, this is the kind of poverty that can kill you. Many poor nations don’t have the social safety nets in terms of health care and other services, and without access to good education, it is very hard to move up the ladder.

In the United States, a poor person is daily confronted by the signs of wealth around them, so they might feel poorer by comparison. When my wife and I were serving as Americorps volunteers in Alaska, our friends were as broke as we were, so we all went to the food bank together and found free things to do on our time off. It was much harder when we moved to Boulder, Colorado, after that, still broke from our time as volunteers, but now surrounded by extreme wealth.

Family networks in wealthier nations are also often not as strong or as extensive, so you are much more on your own to “make it or break it.” In some places you can get thrown in jail for panhandling or sleeping in the park under a tarp. You certainly can’t set up a shack somewhere and live in it for any length of time. Overall, your options are much more limited. You might also be living in a place where it gets below freezing at night and, if you are homeless, this situation probably creates your highest risk of “death by poverty.”

On the bright side, your kids are probably in school for free, although they are feeling a lot of peer pressure to dress better and have nice things that you can’t afford to buy them. There are also free services available to keep you alive if you get seriously ill, need drug treatment, or if you become temporarily homeless through the loss of a job. We also have unemployment benefits and welfare that, ideally, are designed to help people get through a bumpy stretch of time. Many who are in the country illegally, though, are afraid to access these services.

What Do You Think?

Here’s what I guess it boils down to. If I could figure out a way to get one of these young men a visa to the United States, would I be doing him a favor?

This is what the comments section is for. Let us know what you think.