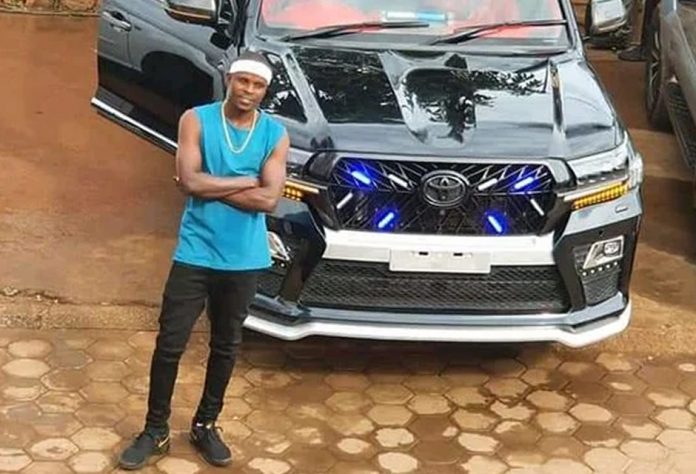 Police forensic experts have linked fingerprints of the famous also called Sipapa to other 12 crime scenes done in areas around Kampala metropolitan.

According to the police spokesperson Fred Enanga, the crimes date back from 2014 to date. These crimes are done mostly in areas of Bugolobi, Kampala city, Kira road, Jinja road, Kiwatule, Ntinda, Kyanja and Jomayi.

Last week Sipapa was charged by the Magistrate court of Makindye for aggravated robbery together with the wife and the other group, and there were remanded to Luzira prison.

“According to the fingerprints and DNA samples we were left with from Charles Olimu (Sipapa), we are linking him to 12 other scenes of crime of burglary and theft,” said Enanga.

Our directorate of CID in close coordination with the directorate of forensics has now established 12 other cases that are linked to Sipapa. His DNA and fingerprints were scientifically matched with the 12 other scenes, implying he was a perpetrator at the scene of all the criminal incidents in Kampala, Enanga said.

The task teams are arranging to interrogate him on the string of alleged burglaries and theft.

Sipapa was arrested following the alleged theft of the South Sudan citizen’s money and other properties. It is alleged that Sipapa and his thugs ransacked the home of the South sudanese national and stole cash amounting to $429000(Shs1.6billion), four Iphones, apple laptops, dell laptop, gold jewelry for the wife and a 65 inch Samsung tv among others.