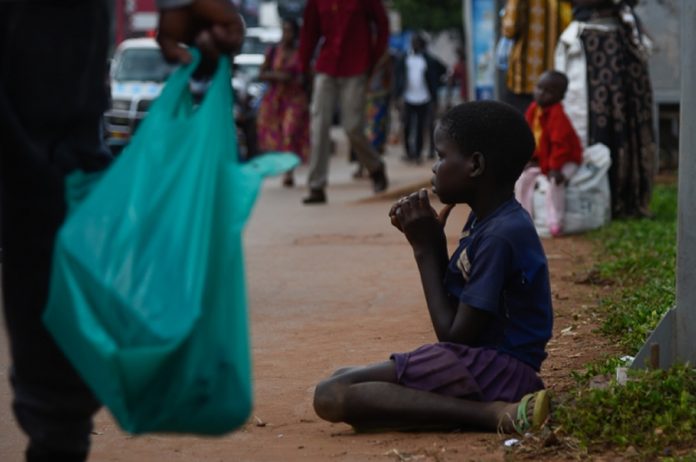 This is one of the biggest questions and challenges for people traveling to the developing world and, perhaps even moreso, for those living as western expats in countries with extensive poverty because we confront it on a daily basis.

The hard part is that most of these people really are poor and what amounts to pocket change to us could mean the only meal of the day to them. We want to help, feel guilty if we don’t, and realize we are perpetuating a bad situation if we do. On a more basic level, nobody likes to say “no” to someone in need.

I find it particularly complicated here in Uganda. My wife and I lived in India back in 1993 – 1994, before the big dot-com boom and the rise of the middle class. The poverty was much more extreme than it is here in Uganda, but there was a stronger stigma against begging. It was clear who was going to ask you for money, and it was usually people on the street with horrible deformities or who were clearly on the edge of survival. It was a last resort or, for the children, they may have been forced into a “begging gang.”

That same stigma doesn’t exist here. I regularly get asked for money by people with jobs (albeit low-paid ones), or people who just happen to be walking by and see a mzungu – a human money-dispenser.

I think there are two main reasons that it is more acceptable to ask for money here. One results from a positive social structure, one stems from the good-intentions but bad-execution of the aid industry.

On the positive side, families are set up to help each other here. If you need school fees or money for medicine, you can ask any relative, no matter how distant, for that money. If they have it, they are obligated to give it to you. This is an important safety net that also makes it very difficult for anybody to save enough money to start a business or buy a house. Regardless, it is ok and expected to ask for money when you need it.

A less positive reason is the pervasiveness of hand-out aid. People here are used to getting free stuff from foreigners. I think this has created the expectation that you should get something from any mzungu you come across.

Giving to a beggar does not solve the systemic problem that caused that person to be begging in the first place. At the same time, they really might be in dire straights and need to buy some food. Only you can decide what is right for you at any given moment.

My 5 Rules for Giving to Beggars

Over time I have developed a number of unbreakable rules that I break on a regular basis:

I Break My Own Rules

I broke number 5 just this morning. A man was waiting for me at my gate after I dropped my son off at school. He had a note saying that his daughter just died and he needed money to transport the body to his village. I gave him 10,000 shillings.

I am about 95% certain that this same guy came up to me about a year ago with the same note and the same story. I even said “are you sure you didn’t already try this last year?” He swore he hadn’t. I don’t believe him.

So why did I give him the money? I don’t know. Rules are meant to be broken. I hate saying no. He looked sad. And maybe, just maybe, he was telling the truth and it was some other guy who came to me last year to get money to transport his daughter to the village. Lots of people die here.

It’s not easy. It’s never easy. If it was easy to say no, it would be the death of compassion.

I think one of the best solutions might be to count the number of people who ask you for money each day/month/trip, figure out how much you would be likely to give each one, and donate that amount to an organization that is doing good work to get people off the streets and into jobs. Or hire the person to carry your bags to your car.

It’s not fair that some of us have so much more than so many others. We don’t need to level the playing field – we need to switch sports.

This article was shared by Mark D. Jordahl  from the Wild Uganda Blog!