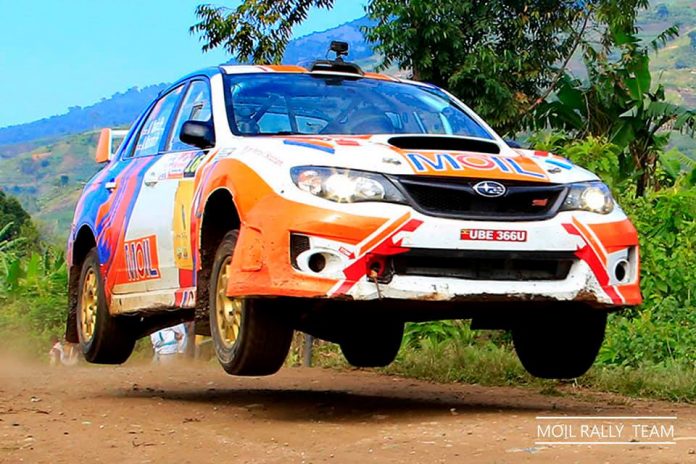 The Moil Rally Team fans have enjoyed this season since their driver Yasin Nasser emerged the winner of the National Rally Championship (NRC) for 2019. Nasser emerged first in the MOSAC Kapeeka Rally that was hosted in the areas of western Uganda over the weekend.

Yasin Nasser together with his co-driver Ali Katumba came into the Kapeeka Rally with a primary target of finishing ahead of his rival Arthur Blick Jr. He got a perfect start to the title decider when he emerged on Day One in the third position. He finished 48 seconds ahead of Arthur Blick who finished in the fifth position. They later increased momentum and on Sunday they further edged their rival.

At the end of the rally Yassin emerged the winner. When contacted for a comment he said “We are very happy with this title. Special appreciation to my co-driver, mechanics, family and sponsors who have always supported us towards this victory,”

Yasin Nasser drives the Subaru GVB and posted total time of 1:28:43.35 seconds to secure the win. He finished 27 microseconds ahead of Omar Mayanja. Ronald Sebuguzi emerged third having posted 1:30:15.11 and Arthur Blick came out in the fourth position with 1:30:59.66.

Yasin Nasser joined Motorsport in 2017 and he has greatly upped his perfomance this year. The Kapeeka Rally also saw a new driver on the block Rajiv Rupaleria together with is co-driver Enoch Olinga trying out their luck in a Proto VW.

Rajiv registered 16 minutes and 12 seconds in the opening stage 1 minute and 13 seconds ahead of second placed Omar Mayanja.