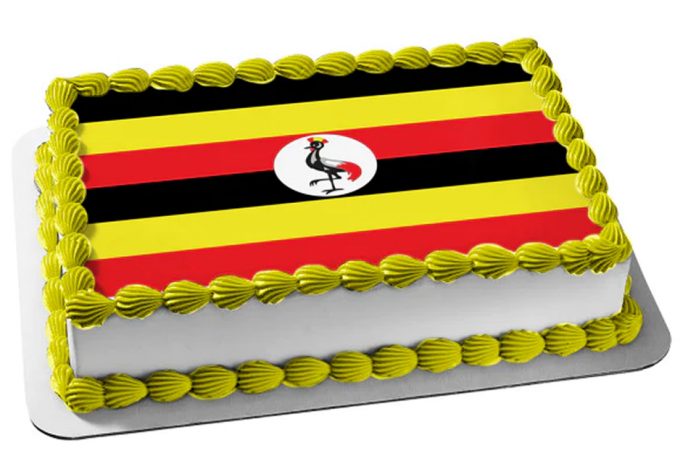 Andrew Mwenda one of the leading Ugandan journalists calls the Walk-to-Work campaign Besigye’s protests. Me thinks the protests in Uganda don’t have to be viewed as Besigye’s protests. They are people’s protests. In fact, Besigye, Mao, Otunnu, Mathias Mpuga and many others are doing what personally I would have done. Unfortunately, I have no following. I have often heard you argue that Besigye is like Amin which argument I think is utterly unfair and implausible.

I am a firm believer in social democracy which aims at promoting social justice and social welfare. In the wake of the walk-to-work protests, Minister Matia Kasaija confessed that when it comes to privatisation, the government overdid it.  A functional state cannot privatise and liberalise the provision of all services. Professor Robert Rotberg who happens to be an expert on state weakness; state failure and state collapse argues that “nation-states fail because they can no longer deliver political goods to their people”.

Many Ugandans are largely concerned with bread and butter issues and not the economic growth Museveni and some other commentators often tout. How many Ugandans have been transformed by the impressive economic growth? From my basic economics, I know economic growth doesn’t necessarily translate into economic development. It is like using per capita income figures as a yardstick for standards of living.

Ugandans are yearning for equitable distribution of the national cake and nothing more.

Like Mwenda, the president often boasts of collecting huge sums of taxes. In whose benefit are they collected if the health care system has collapsed; if there are virtually no jobs created for our graduates; if the peasants’ children can no longer ably attain higher education and if by mistake their parents sell their property to have their children study, they cannot get jobs because of patronage and clientelism?

In fact, those of us who have had an opportunity to study and can analyse get annoyed when the President says they now collect trillions of shillings in taxes because we see no value for that money on the ground. The money is concentrated in few hands.

I would also like to surmise that the removal of term limits in our constitution and the continued stay in office by Museveni promotes impunity. There are people who are working with him and do all sorts of funny stuff but get away with it because they are his right hand men. Ofwono Opondo the other day killed a petty thief suspect in broad day light. Nothing has ever been done to him. We have people who default taxes and run to him; we have people whose businesses are bailed out by taxpayers’ money, etc. I am sure, if we had a new leadership, we would have new faces in public offices and those that have misused and abused public offices would be brought to book.

I have often heard Mwenda say Besigye was asked on TV what solution he had for the current fuel and commodity price hikes and he waffled and gave no solution. Granted, some of us can propose solutions if the leadership can listen. For instance, assuming the government waived taxes on fuel, would the state collapse? In whose behalf are the taxes?

Two, if Kagame has been able to fight corruption, why can’t Museveni do so? Many people affected by this crisis are the unemployed and I am convinced the money squandered by government could create jobs for our graduates. It is vital to note that people suffering from unemployment are the educated. Those that are not educated are happily employed as shoe shiners, barbers, wheelbarrow pushers, fruit vendors, boda-boda cyclists, houseboys and maids and some of them make some profit,

Of course, you wouldn’t expect a Vincent Nuwagaba to do any of the above jobs. I would want to access white collar jobs on merit just like the sons and daughters of politicians and other top executives do.

Therefore, some of us warmly welcomed the on-going campaign and we shall not relent in demanding accountability. At least, we are aware that we are citizens not subjects. We are also aware that our leaders are not our masters but our servants. We are also aware that elections per se are not the only legitimate means of changing leadership. If leaders are not comporting themselves in the best interest of the citizens, citizens must be empowered to withdraw the social contract.

Do you know that if 1.8trillion was distributed to unemployed graduates assuming the number is 100,000 each would get 18million to start life for him/herself? If it was invested in creating jobs, how many jobs could it have created? If that money was invested in higher education, the government would sponsor 10,000 students annually for ten years.

The problem we have is that some people erroneously take themselves to be the Alpha and Omega of ideas which is precarious. Personally, I will be satisfied with the president if he accounts for Ugandan taxpayers’ money. I believe that while the opposition politicians may aim at ouster of the regime, their scheme has been given credence by the insensitivity and intransigence of the ruling party. If the government addressed the issues raised, the opposition would be disarmed. Incidentally, now the problem is no longer commodity and fuel prices but a plethora of issues.

Finally, Mwenda, has often stated that in the recent election Museveni won “clean and square”. This puzzles me. You have acknowledged that Museveni used about shillings 1 trillion from taxpayers and part of that money from his friends. Is that what you call winning clean and square? So, now Andrew, believes we should be under a plutocracy instead of democracy? Okay, let’s assume he won “clean and square”, did we give him a licence to abuse taxpayers’ money at his whims? Uganda has enough to satisfy all our appetite but not enough to satisfy our greed. I hate, I despise and I abhor greed. Anybody who is greedy should excuse himself from public offices.