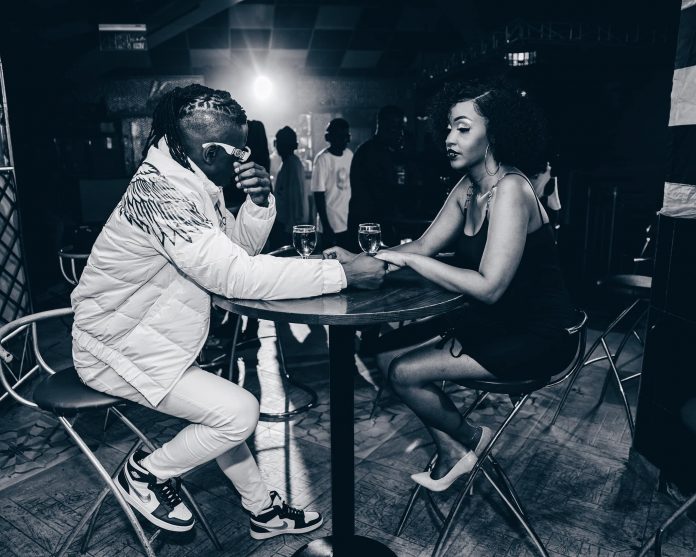 Weasel Manizo may have gotten away with being arrested for domestic violence but all is not okay. A month ago, it was alleged that the Goodlife singer had beaten his girlfriend Sandra Teta to a pulp.

He had reproach from the public spearheaded by her sister-in-law Daniella Atim and Mama Ghetto who wanted Weasel to be brought to book for his insolent actions.

The tension consequently led him into hiding till his troubled girlfriend came out on camera to quash the allegations.

However, the public did not forget his actions as they warned Comedy Store to scrap off the artist if not, they will shun the show.

Alex Muhangi bowed down to the pressure on social media and had to drop the Mpa Love singer from his show.

The woes of weasel have not stopped, this weekend, he was supposed to be performing in Masaka at Street Jam.

But he has been removed from the poster by the organizer Robert Nkuke for reasons of fearing of getting another backlash from the public.