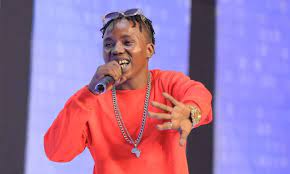 Ambassador Marvin, a music promoter accuses Alimpa of breaching an agreement, they signed requesting the artist to perform at a music show in Gomba a few months ago.

The Lusuku Lwa Cementi didn’t turn up for the concert but instead decided to go to Tororo (he admitted to doing so), according to the promoter.

Marvin revealed, “I suffered a huge loss due to his failure to turn up. We have filed a case against him at Kabalagala police station because our efforts to have him compensate for the losses have been in vain,”

Ronald Alimpa has failed to show up at various concerts including Caban Bar in Kasenge, Wakiso District.

This time he defaulted on the wrong guy, he is willing to take him to the courts of law for compensation for the damages.