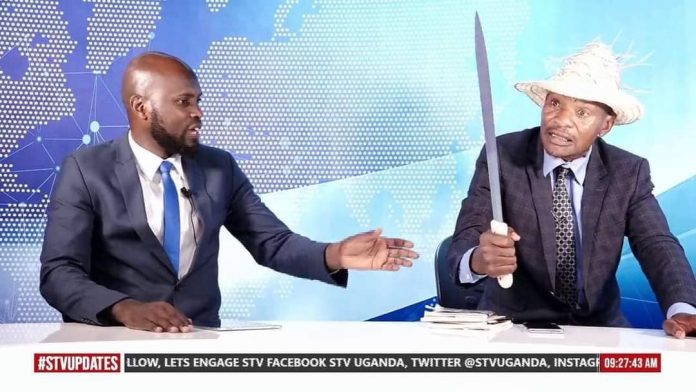 Six media houses have been found in breach of the minimum broadcasting standards according to Th Uganda Communication Commission (UCC).

This happened after a complaint submitted by the senior presidential advisor for special duties, Odrek Rwabwogo alleging that the media channels of providing airspace to Joseph Tamale Mirundi, a renowned political analyst to make damaging remarks against him and other high-profile people in the country.

The UCC has slapped fines on each of the 6 media channels comprising Pearl Fm, STV, Kasuku Live, Radio 4, HGTV, and ABS TV. The six were ordered to pay a total of Shs. 5m to Rwabwogo in damages, Shs. 50m to the lawyers of the complainant in legal costs and also withdraw the statements.

The problem for these media houses is caused by their shows hosting Mirundi. The former presidential press secretary is accused of saying false statements intended to damage the image of various high-profile personalities in the country that are not on good terms with him specifically Rwabwogo.

The Uganda Communication Commission (UCC) instructed the culpable media channels hosting Tamale Mirundi to cause him to endorse an unconditional commitment before getting on set.

The action is taken to ensure that Mirundi obliges with the minimum broadcasting standards and all laws and regulations applicable, according to Irene Kaggwa Sewankambo, the UCC Executive Director.

The culpable media channels stated that they disclaim when such damaging opinions are made by the personalities featured on their shows, in their defense.

Contrastingly, UCC ruled that the media platform is liable for whatever is shown, said, or reported.

Mrs. Sewankambo said, “It is irresponsible for any broadcaster to allow guests, reporters, commentators and callers to make unverified, unsubstantiated statements against others during broadcast programs.”

She further stated that all media houses are expected to brief all their guest and refute them from making derogatory utterances that have no vivid evidence.

New vision a local newspaper in Uganda reached out to Tamela Mirundi to comment on the issue.

The motormouth political analyst reiterated that UCC has no mandate to make such a decision as it is the Media Council of Uganda to do so.

“The action taken by UCC encroaches on the freedom of the media”, Tamale said.

He further explained that the good thing was that the ruling was not made on all broadcasters but a few of them, he would to others. The action was taken to keep him quiet but he won’t relent.