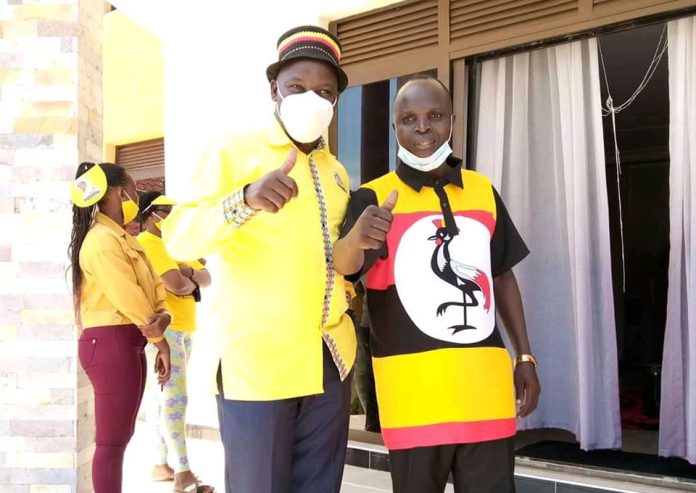 Recently musician Ronald Mayinja who had wanted to contest for MP in Gomba made a U-turn and rejoined NRM days after he had announced that he had returned to National Untity Platform led presidential hopeful Bobi Wine.

He then posted on his social media platforms saying he will vote for Mr Museveni up to 2040.
To many, Mayinja’s moves did not come a surprise given that several artists and influential people have of recent been seen abandoning the Kyadondo East MP’s struggle to join the NRM.

According to Mayinja, he crossed back to NRM which he had abandoned because he was fed up of insults from Bobi Wine, real name Robert Kyagulanyi’s supporters.
“I have been seeing some of those people (NUP) insult me while others called me an NRM mole. I was hurt. No one in NRM insulted me. For how long shall we live in fear. Some had threatened to hurl bottles at me. So does it mean that if farmer, a businessman or any other businessman does not support your struggle you burn their business? I decided not to be part of that group because of their thinking,” he said.

According to Mayinja, there’s nothing much he will contribute to NRM.
“President Museveni or NRM can do without me. I don’t sleep in State House and don’t intend to. I joined NRM to help change this country,” he added.

About Museveni’s campaign song, Mayinja declined to reveal how much he bagged for it.
” I can’t tell you how much I was given but just know I’m a businessman. If I tell you how much I was given, I’ll be giving my potential clients reasons to over bargain,” he added.
In the song, Mayinja compares Museveni to former presidents Milton Obote and Idi Amin. He says Museveni is far better than the two.

He says president Museveni, 76, is the only man with a vision, among others.
However, the NRM secretary general Justine Kasule Lumumba said they did not pay Mayinja for the song.

“That was his gift to the president when he announced he had joined us. We did not pay him and there’s nothing to show that he was paid,” Lumumba said.