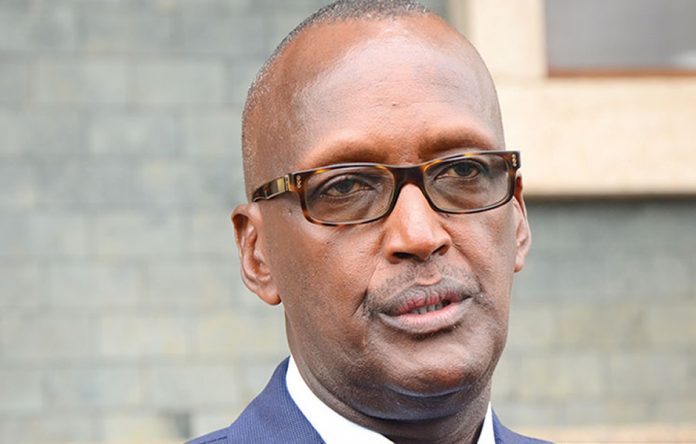 After almost an hour of delay over anomalies in his documents, former security minister, Gen Henry Tumukunde was Monday finally nominated as a presidential candidate for 2021 general election.

“There is an anomaly in the aspirant (Gen Tumukunde)’s documents, we have advised him to rectify. Fortunately he came right before time and still has one hour,” the EC chairperson Justice Simon Byabakama said Monday, moments after Tumukunde arrived for nomination.

Gen Tumukunde was then sent to the Commissioner for Oaths before he was duly nominated.

At about 2:20pm, Gen Tumukunde returned to the nomination centre at Kyambogo sports ground after sorting out the anomaly that was earlier pointed out by the EC boss.

“I, Simon Byabakama as the returning officer for this exercise, duly nominate Tumukunde Henry Kakurugu, as a candidate for presidency in the 2021 general election…” Justice Byabakama said.

After nomination, Gen Tumukunde who was Mr Museveni’s bush war comrade said it was time for Uganda to change leadership.

“The time has come. It is not tomorrow but now,” he said.

He pledged to improve on peace and economic growth and development when he becomes President after 2021 general election.

“No country in the world with 45 million people would depend on 600mw of electricity”, Gen Tumukunde said.

Gen Tumukunde hopes to unseat President Museveni who has ruled Uganda since 1986.

He will be contesting as an independent candidate under his ‘Renewed Uganda’ platform that he inveigled in August this year.

“Because you have no proof of payment of the Ushs 20m fee, we can’t proceed to have you nominated,” Justice Byabakama said.

Mr Katumba had earlier told journalists that his agenda was to liberate Uganda psychologically, socially, economically and politically.