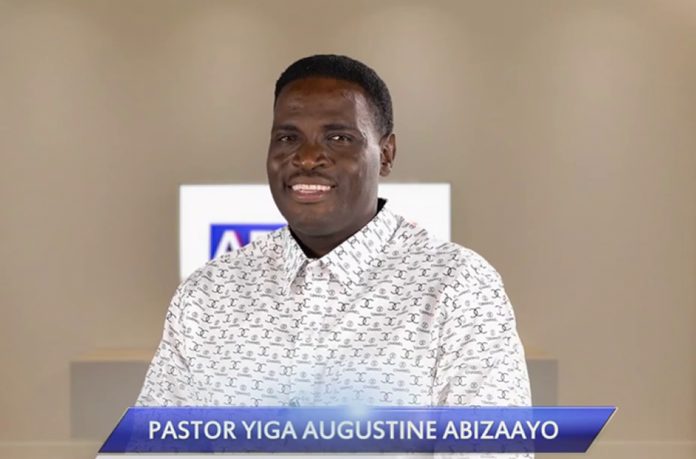 It’s not a good morning to believers at Christian Revival Church! Pastor Yiga also known as “Abizzaayo” has been announced dead. Reports from ABS TV Kampala have confirmed that the self made pastor also known as “Man of God” has died from the Nsambya Hospital where he has been getting treatment for some time.

According to the reports, Pastor Yoga breathed his last at around 10PM on Monday.

Before the breakout of the sad news of his passing, there had been at least two incidents in which Pastor Yiga was announced dead when he wasn’t. The last time was Friday and his son Pastor Jjengo refuded the claims.

Who is Pastor Yiga

Pastor Yiga has been one of the most popular pastors. His popularity stems from his “controversial claims” that he returns back the problems to the sender. His claims didn’t go well with other pastors including fellow pastors.

He has been at loggerheads with several pastors including Pastor Jackson Ssenyonga of Life Ministries at Bwaise who claims that Yiga was a false prophet!

Yiga was born on April 25, 1976, at Mpaama village in Bukomansimbi District. His mother, Elizabeth Kwagala and father Joseph Matovu. His mother died in 2018 while his father died in 1995.

Yiga was a guitarist with a Kandongo Kamu in the 1990s and he served in several bands owned by the then popular musicians that include Willy Mukaabya and the late Kasozi.

Yiga started his church in Kiwuunya in 2004 and relocated to Kawaala in 2005 where he established Christian Revival Church.