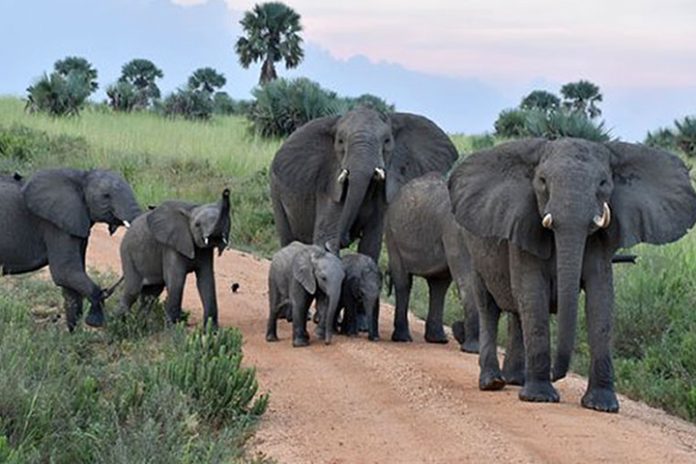 More than 250 households in Oyam District have greatly been affected by elephants that escaped from the Murchison Falls Game Park in North Eastern Uganda. The households are from Juma Parish in Oyam District and there are fears that they could starve in the near future after stray elephants destroyed their gardens.

More than 40 stray elephants from Murchison Falls National Park have been reportedly grazing in villages in Juma Parish since May. Consequently, the animals have destroyed gardens.

Some residents have also been left homeless after their huts were destroyed by these elephants.

According to Ms Dorcus Aol, a resident of Akuridia Village, elephants roam through the village and graze in their gardens. She said that, Elephants are coming here every day. Today, they destroyed my garden of groundnuts yet l rented the land expensively.”

Mr Nelson Adea Akar, the Oyam District chairperson, said the issue had already been presented before the district council and forwarded to the Office of the Prime Minister for action.