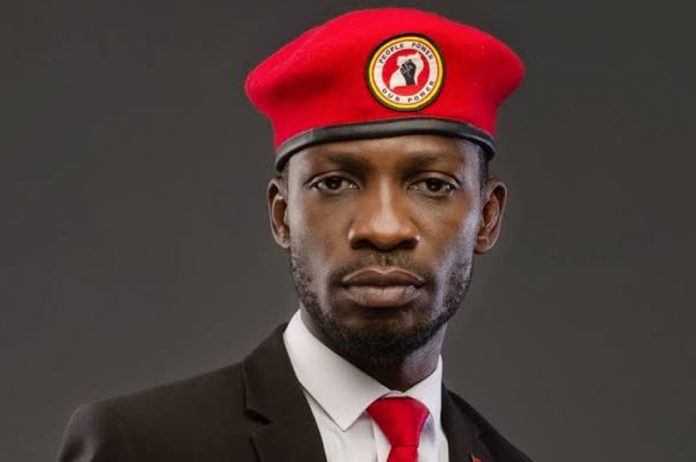 Opposition Member of Parliament Robert Kyagulanyi alias Bobi Wine has taken a swipe at Parliament where he represents Kyandondo East for shameless sharing taxpayers money amounting to UGX. 10bB in such a complicated season of coronavirus pandemic.

It’s said that this money will be shared amongst MPs with each set to get a UGX. 20M share.

Bobi Wine in a press statement says that the Parliament’s allocation of this money is not only shameful but “it is insensitive to the plight of millions of Ugandans who are facing untold challenges ranging from hunger, sickness and even death”.

“Ugandans are bearing the brunt of this predicament. There have been reports of numerous people failing to access health centers due to limited transport means, and as a result some have succumbed to various ailments. A huge number of people across the country are in dire need of food, healthcare and other essential amenities,” he wrote, noting that government has not done much to help them.

Bobi Wine adds that sharing of UGX.10 billion is a symptom of a bigger crisis which his group is fighting to resolve.

“Indeed, government presented a supplementary budget of over 300 billion shillings to Parliament to aid in the fight against COVID19. Many aspects of the budget were not only luxurious, some seemed even dubious! Several legislators raised concerns about the allocation of huge sums of money for things like billboards, but they would not be heard! A Minority Report authored by Hon. Gerald Karuhanga was ignored. The budget was passed without much debate,” he added.

He says An MP, just like any other able citizen can avail support to vulnerable people from their personal earnings but this money should not be drawn from the tax payers’ money.

“We reject the notion that this money was meant to enable Members of Parliament carry out their roles in this period”.

“Let me clarify that I have not received this money,” he said, but “should it be deposited on my account, I will immediately order my bank to return it to the Consolidated Fund and demand that it is put to its proper purpose.”

He says the the focus of the nation at this point should be on building a robust healthcare system, and empowering practitioners with all they need, including Personal Protective Equipment (PPE).

He said People Power Movement to whom he is the leader will continue to use the available resources contributed by “ourselves and other well-wishers to reach out and support some of our people who are in extreme need”.

Speaker of Parliament, Rebecca Kadaga has since banned MPs from defending themselves against the UGX.10b as part of the UGX.284b to mitigate the spread of Coronavirus in the country.

The Speaker said, “I want to appeal to MPs, the issue of Shs10b is an issue of the Parliament Commission. Don’t continue talking about it because you don’t know about it. It’s not your business, just go on with your lives.”

POLICE CONSTABLE SHOOTS MAN DEAD OVER LOVERPolice in the northern district of Adjumani are...
News

The deceased has been identified as Thomas Weyansya, 23. He collapsed during the physical...
News

RETUTN TO CLASS OR GET SCRAPPED OFF THE PAYROLL" GOVT TO STRIKING TEACHERS.The government...
News

RETUTN TO CLASS OR GET SCRAPPED OFF THE PAYROLL" GOVT TO STRIKING TEACHERS.The government...

POLICE CONSTABLE SHOOTS MAN DEAD OVER LOVERPolice in the northern district of Adjumani are...
News

The deceased has been identified as Thomas Weyansya, 23. He collapsed during the physical...
News

RETUTN TO CLASS OR GET SCRAPPED OFF THE PAYROLL" GOVT TO STRIKING TEACHERS.The government...
TodayNews