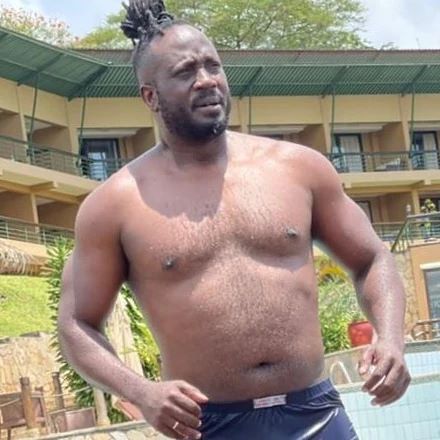 Last week one of Uganda music’s main households, Bebe Cool celebrated his 45th birthday. The celebrations were not glamorous and pompous as usual.

This time, his fans and well-wishers brought him gifts and cakes at his home in Kiwatule.

Due to his status in the music industry, a mammoth of journalists flooded his home to have a word with him.

In the middle of one of the interviews he had that day, one journalist asked him whether he will be quitting music in the next five years as he had stated in the past.

The flamboyant musician replied, “ I might have said that I will retire in 5 years but I feel more energetic today than I have ever felt, it feels like I am just beginning. I feel young.

He further asserted that he will do music until his last breath.

Bebe Cool started out his music career in the early 1990s but his presence was mostly felt in the 2000s when he rivaled Chameleon and Bobi Wine.

Their music competition led him to produce a couple of hits that won him big accolades and a fan base.

Bebe Cool is among the top three artists of his generation. Apparently, most of his peers are mildly retiring from active music but for him, he is yet to show any signs of slowing.

The Easy singer is still releasing music consistently as though he has just started out his career.