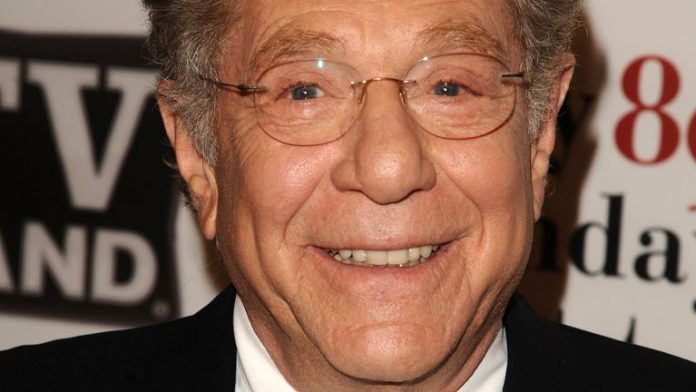 Hollywood actor and legend, George Segal, is confirmed dead – according to his wife ‘Sonia Schultz Greenbaum’ who revealed the sad news yesterday on 23rd of March 2021.

In a statement provided by Sony Television, the deceased’s wife – Sonia said; “The family is devastated to announce that this morning George Segal passed away due to complications from bypass surgery.”

Segal was a prolific actor with a career spanning for more than six decades. He was a native of Long Island, New York and rose to fame in the 1960s. He is best known for starring in a film known as “Who’s Afraid of Virginia Woolf?” in 1966, for which he received an Oscar Award nomination and so many others.

By the 1970s, he often played wry leading men in films such as “The Duchess and the Dirtwater Fox,” and “Fun with Dick and Jane.” In the 90s, Segal was becoming better known for television roles, including as the slightly daft fashion magazine owner Jack Gallo in “Just Shoot Me!”

“By pure fate, I ended up casting the perfect person to play Pops,” Goldberg said on Twitter on Tuesday. “Just like my grandfather, George was a kid at heart with a magical spark.”
So many people have paid tribute to the deceased holywood legend including his agent, Abe Hoch who described Segal as his close friend and client. “I will miss his warmth, humor, camaraderie and friendship. He was a wonderful human,” he said in a statement provided by Sony Television.

His performances have also been recognized with a star on the Hollywood Walk of Fame.

George was born on February 13th, 1934, in Great Neck, New York. He was married three times: to film editor Marion Sobel for about 26 years in marriage from 1956 until they divorced in 1983 – sired two daughters together, to music manager Linda Rogoff from 1983 until her death in 1996, and to his former school classmate Sonia Schultz Greenbaum since 1996 till the 23rd of March 2021 when he breathed his last.

The Hollywood legend leaves behind his two daughters he got in his first marriage with film editor Marion Sobel, Polly Segal and Elizabeth Segal.