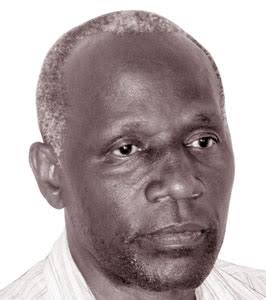 We are saddened to inform you about the passing on of former Uganda cranes skipper and captain ‘Jimmy Kirunda’. The skipper captained the Uganda historical team that reached the 1978 Afcon finals that lost to Ghana on 2 – 0.

Ruben Luyombo, a sports journalist, published the sad news of the death of Uganda Cranes former captain Jimmy Kirunda. ”One of Uganda’s greatest football players, Jimmy Kirunda has passed on”, posted Ruben Luyombo on his facebook page on a Monday afternoon.

Meanwhile, factors surrounding Kirunda’s death are still meagre but it has been reported that he breathed his last from Bwaise – a suburb in Kampala.

He was born in 1950 and he has played for various local clubs including Express FC (between 1968-69), KCC now-days KCCA (from 1969-79) and then joined Abu Dhabi Sports Club. He however returned to his former local club, KCC, before joining SC Villa afterwards.

Cited by many as one of the best African footballers of his generation, Kirunda was a superlative defender but was also a gem when it came to his attacking capabilities. Though he was a defender, it’s really a shock that he scored 32 goals in 1978 Ugandan League while playing with KCC which saw him becoming a top scorer in that season.

Kirunda also captained Uganda Cranes for 10 years that included playing at the coveted African Nations Cup three times – 1974, 1976 and 1978. Certainly the most memorable one is in 1978 where he led the cranes to the Afcon finals where they sadly lost 2-0 to the hosts – Ghana.