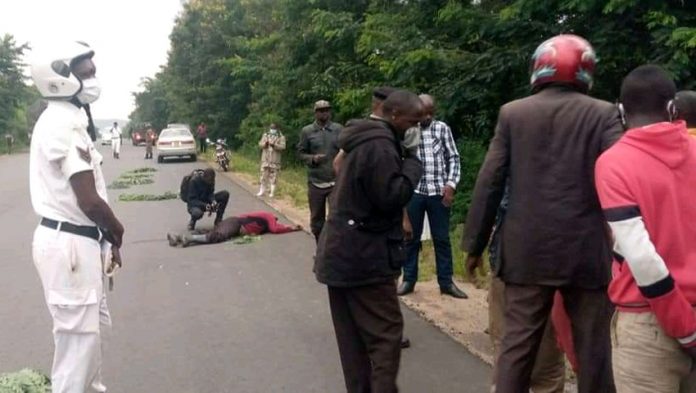 The government of Uganda has apologised to the family of a church leader who was shot dead by a UPDF soldier in Kasese District.

The local commissioner Joe Walusimbi attended the funeral of Rev Ordinand Benon Musiimenta who was shot on Wednesday morning by a UPDF soldier while riding a motorcycle to his garden. Wlausimbi says that the President Yoweri Kaguta Museveni had told him to apologise to the family and follow the incidences that lead to the death of the clergy who was soon to be ordained to a reverend in the Church of Uganda.

“We are at fault. He [President Museveni] told me to have the soldier handled according to the law of the country and the Uganda Peoples’ Defence Forces (UPDF) rules,” Mr Walusimbi

The commissioner also gave the widow five million Ugandan shillings which he said, had been instructed by the president.

The church leader was shot dead on Wednesday as he was riding a motorbike with his wife to their farm in Kanamba village, Karusandara sub-county in in Kasese District . His wife was injured.

According to the wife “The UPDF soldiers who were standing on both sides of the road stopped us and before they could talk to us, I saw one of them crossing the road from one side before opening fire at at my husband. The motorcycle lost control before my husband and I fell down as he bled profusely. He was shot in the neck,”.

Ms Musimenta insists that she was stunned by the soldiers’ actions as they never defied the orders given to them.

The fallen leader is survived by eight children. He has been a lay reader of Kogore COU (Anglican) under the South Ruwenzori diocese and was to be ordained Reverend in November this year.