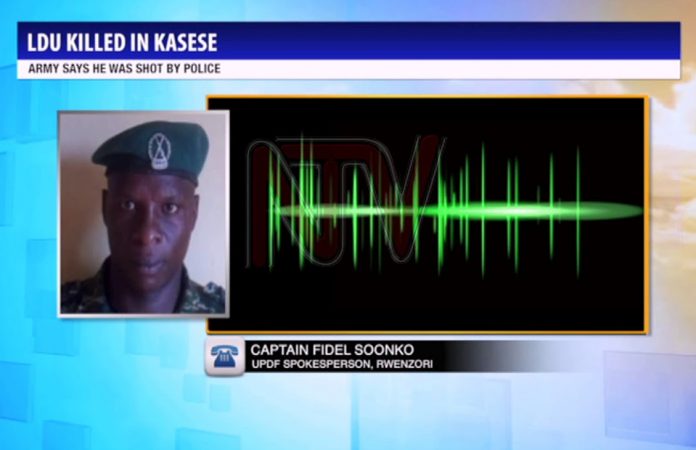 A Local Defense Unit (LDU) trainee has been killed in Kasese.

Charles Olweny, who has been undergoing training at Hima Military Training School, was shot on Wednesday at Nyakachindo cell of Rugendabara Town Council.

Masumbuku Tsongo, the UPDF 309 Brigade Spokesperson says that Olweny who hails from Pader District was undergoing final drills of his four-month military training but escaped from the barracks with a gun and went into the community.

Tsongo said members of the community suspected him to be a thief and alerted the police.

According to Tsango, in an attempt to arrest Olweny, he fought back resulting in an exchange of fire which saw him sustain serious injuries.

Tsongo says that Olweny died on his way to Kilembe hospital.