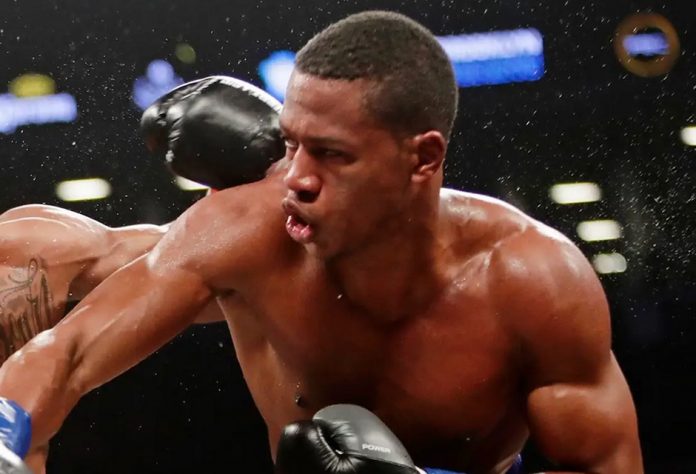 Boxer Patrick Day has died aged 27 – four days after suffering a brain injury in a fight against Charles Conwell.

The American was put into a coma on Saturday after he was knocked out in the 10th round of his super welterweight bout in Chicago.

Promoter Lou DiBella confirmed Day had died on Wednesday “surrounded by his family, close friends and members of his boxing team”.

“He was a son, brother, and good friend to many,” said a statement.

“Pat’s kindness, positivity, and generosity of spirit made a lasting impression with everyone he met.”

Day was taken from the ring on a stretcher after the conclusion of the fight on the undercard of Oleksandr Usyk’s heavyweight victory over Chazz Witherspoon in the US.

“Patrick Day didn’t need to box,” the statement from DiBella Entertainment continued. “He came from a good family, he was smart, educated, had good values and had other avenues available to him to earn a living.