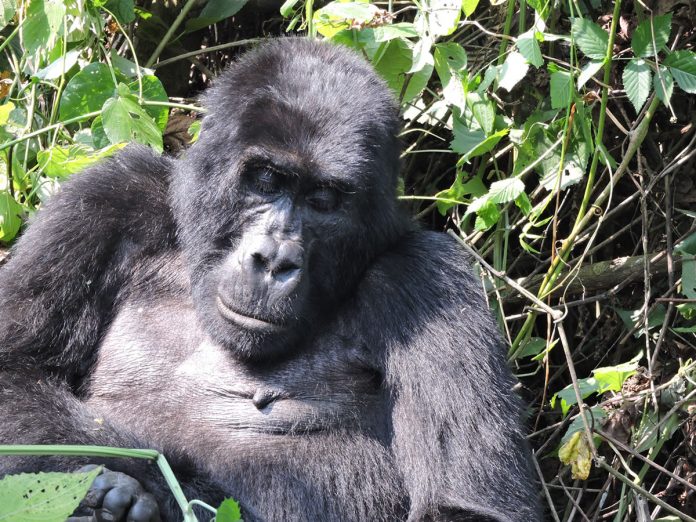 The long awaited results have put the number of mountain gorillas living in Bwindi Impenetrable Forest and the Sarambwe Nature Reserve of the Democratic Republic of Congo to 459 mountain gorillas. These great apes are distributed in 50 groups. The research also found out the there are only 13 solitary gorillas that live in the wild of the impenetrable forest.

The census that has yielded this number was done in 2018 and the study was done in the Bwindi-Sarambwe Ecosystem. The area covers 340km that was covered on foot. The 2018 census is the fifth population count in Bwindi Impenetrable Forest and the first count to include Sarambwe Nature Reserve.

Growing Population of the Mountain Gorillas

Bwindi Forest alone hosts 43% of the total population of the mountain gorillas left in the world.

The Bwindi-Sarambwe ecosystem encompasses approximately 331 km2 in Uganda and 9 km2 in the Democratic Republic of Congo.

Kamuntu established that Uganda’s conservation policies have increased the numbers of wildlife not only in the mountain gorillas but also in other species. “Don’t doubt us on our commitment to conserve not only for Ugandans but for the whole human race. It won’t be unreasonable to request for international support because we are also conserving for you,” Kamuntu, who has now been appointed minister of Justice and Constitutional Affairs said.

He added on that Uganda owning almost 50% of the world’s gorillas puts it in a unique place that it must work very hard to maintain. “Uganda is exceptionally endowed with natural resources and we have made an effort to conserve them. It’s very important to have research-based evidence in order to protect wildlife. If we did more research, we would discover more biodiversity we haven’t yet discovered,” Kamuntu added.

He applauded the tremendous work done by his ministry, which, he said, previously was perceived as a ministry of leisure and playing but now it’s a transformative force fueling the country’s economic growth.