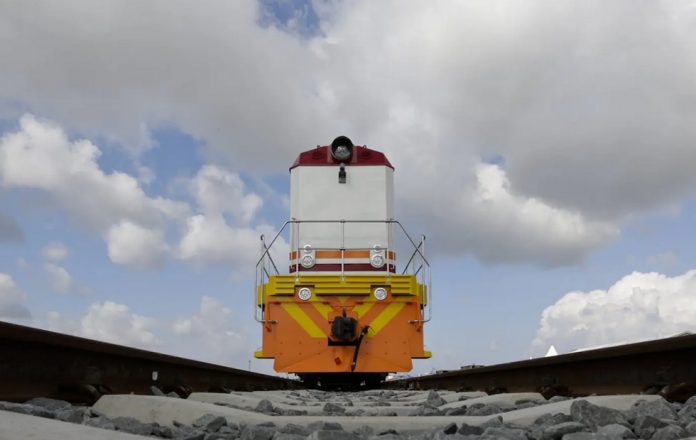 Transporting a cargo from Mombasa to Kampala would take almost a month.

So how would the region export its commodities to the world market or even attract wealthy investors to build industries, add value to locally produced products and create jobs?

Usually, investors go to a country like China or Singapore targeting low costs of production and cheap transport to the sea or ocean.

Their products are usually meant for high-end markets in Europe, North America, Asia and other developed countries due to our limited market size and capacity.

For Uganda to achieve objectives of Uganda Vision 2040 such as a GDP per capita of USD 950o, investment in infrastructure projects is unavoidable.

It is equally important to note the worldwide competition of attracting investors by different countries, hence need for an investment climate that is competitive at global stage.

These investors must be assured of reliable, cheap and adequate transport services to the high end markets. Review of world trade and countries’ economic growth trends depict that participating in global value chains is imperative for growth.

It was on this basis that regional leaders including President Museveni, Rwanda’s Paul Kagame, Uhuru Kenyatta, then Tanzania president Jakaya Kikwete and South Sudan’s Salva Kiir decided to take action.

Under the auspices of Northern Corridor Integration Projects (NCIP), the leaders agreed to develop a seamless high capacity, modern, reliable and safe SGR system across the four countries.

The four NCIP Partner states entered into an SGR Protocol to ensure development of the SGR with the same design standards from Mombasa to Nairobi, Kampala, Kigali and Juba.

In Uganda the SGR will connect to the DR Congo through Kasese District and Arua District, to Rwanda through Mirama Hills in Ntungamo District to South Sudan through Nimule in Amuru District.

Standard Gauge Railway as a back bone of transport infrastructure must provide a transport service for export and import that is comparable to other services in other countries in terms of quality, cost and reliability.

These countries and their neighbors are at different stages of developing their respective railway systems in order to fully participate in international global trade and production.

Although different political agenda have been set especially on the development timelines, the countries are faced with challenges of raising the necessary resources either internally or through external borrowing.

External borrowing is largely dependent on the country’s GDP, Debt to GDP ratio, Revenue to GDP Ratio, and the country’s risk as assessed by international credit rating agencies.

The table below provides some information on the key macro parameters for the respective countries.

The Standard Gauge Railway Executive Director, Kasingye Kyamugambi told ChimpReports in an exclusive interview at his office in Kampala that Uganda’s strategic geographical positioning puts it at the heart of the East and Central Africa logistics chain and can evacuate its products through the ports of Djibouti, Mombasa and Dar Es Salaam among others.

“However, due to many factors, the port of Mombasa in Kenya and the port of Dar As Salaam in Tanzania are anchor points for two transport routes—the Northern Corridor and the Central Corridor—both crucial for the domestic, regional, and international trade of five Eastern African countries,” he noted.

The Ugandan taxpayer has in recent years expressed alarm at the cost of infrastructural projects valued in billions of dollars borrowed from China.

Why should Uganda’s railways line be more expensive?

During the interview, Kyamugambi said the construction cost of railways “majorly depends on the unique characteristics of the specific project as determined by the design standard, the geology, terrain and hydrology of the project site.”

Kyamugambi further said the Ministry of Works and Transport carried out a study conducted by an international German consultant Gauff Ingenieure who provided the preliminary Engineering and feasibility study for the Malaba-Kampala SGR based on AREMA[1] standards.

“The consultant estimate without locomotives and rolling stock was USD2.4 billion for an electrified railway system and USD2.0 billion for diesel system,” said Kyamugambi.

He emphasised that the contract price and negotiations for the EPC turnkey contract for Malaba-Kampala SGR was based on the Employers requirements derived from the Gauff design, and NCIP agreements which were then provided to CHEC – the contractor.

“It is important to note that the railway systems can all be Standard Gauge but designed to different standards e.g. AREMA or Chinese or British or any other standards.”

The railways in the four countries are dominantly freight but will have passenger services.

The passenger trains can move at a faster speed compared to freight trains because they are shorter and lighter while the freight trains are longer and heavier.

Kyamugambi said it is important to differentiate the attainable speeds of passenger and freight trains when analyzing the capabilities of the railway systems.

He further pointed out that Chinese Standards, although engineered from AREMA and British standards are much safer, robust, and durable, for example, the “embankments are higher and compacted to a specified densities, the drainage of the embankment is well done in very strong herringbone structures to protect the embankment leading to lower maintenance cost.”

He said it also has lower operation and maintenance requirements.

Over the last 30 years, it is only China that has invested heavily in railways and used them to catapult their economy, justifying the use of their standard.

Kyamugambi also pointed to terms of obtaining funds from China.

He said to borrow funds from the China EXIM bank, projects must be designed to Chinese Standards, EPC/Turnkey contracting mode, certain environmental standards must be addressed, and the contractor must be Chinese.

Kyamugambi said given that the Ugandan System is electric (at additional cost of 0.54m/km), with a major super bridge over the River Nile, and with 53KM in a swamp, Ugandan Malaba-Kampala SGR cost is comparatively lower than the Mombasa-Nairobi  SGR section in Kenya.

Furthermore, the cost per route-KM for the Naivasha- Kisumu section is USD13.7M per route- KM due to its unique characteristics including difficult terrain especially in the rift valley region where major bridges will be required.

He said Uganda deliberately took a decision to invest in an electric system due to the lower operation and maintenance requirements (at least 40 percent) compared to the diesel system.

“This will significantly reduce the project life time cost,” he noted.

Another important question on everyone’s mind is why invest all this money, of all places, in the Northern Corridor?

Kyamugambi explained that the Northern Corridor is the “busiest and most important transport route in East and Central Africa, providing a gateway through Kenya to the landlocked economies of Uganda, Rwanda, Burundi and Eastern DR Congo. It also serves Southern Sudan.”

Comparison of the Northern and Central Corridors in respect to competitiveness

He further pointed out that the Northern route is important because the exports of Kenya to Uganda are estimated at about USD 1bn and Uganda imports about 10m tonnes through the northern Corridor.

Kyamugambi said the issue of cargo capacity will be severely limited by the fact that each wagon vessel carries 44 containers whereas a train can carry up to 216 containers. Therefore, each train can only be offloaded on into five vessels requiring about 15 hours to load and offload the vessels.

For the Malaba-Kampala SGR, up to 40 trains can be operated in a day transporting 8,460 containers.

“If such amount of Cargo was going to be transported on the lake, assuming that a massive of five wagon ferries are purchased,  we would require 40 days to evacuate cargo of one train,” said Kyamugambi.

“This means that the route not be viable. This coupled with the fact that oil products cannot be transported on fresh water make the Dar Es Salaam Mwanza Kampala Route can only be a minor alternative to the Mombasa-Kampala Route which should be looked at as the bark born of the railway network to the sea.”

Kyamugambi said the Ethiopian system was first designed for Class IV and later upgraded to Class II and this resulted in addenda thus increasing the costs.

There are major differences as illustrated above in the terrain, topography and hydrology of the two project sites thus resulting in higher amounts of rock fill, soil cut, embankments, bridges, geo-synthetics that are major cost centres of railway development.

The Class II system looks cheaper at investment stage but will be more expensive in operation and maintenance. Because of the construction standard requirement.

It is important for railways designed for 100 years to look at life cycle costs rather than investment costs.

For the Uganda project one of the major cost centres is the bridge over the River Nile which is 1KM long whereas in Ethiopia the bridge over Awash is significantly narrow.

Kyamugambi said the design of the Ethiopian route was limited by the capacity of Djibouti Port, adding, “if adjustment factors are made for variances in material costs, quantities, risks, cost escalations and transport, the cost in Uganda should be 2.1 higher than the cost in Ethiopia.”

SGR records indicate the height, design and construction of the embankment which is limited to a minimum of 2.5 meters high for Chinese standard and 0.64 meters for AREMA.

These high embankments in the Chinese standards require slope protection.

The Chinese classification requires the herringbone concrete structure for protection of embankments and concrete masonry for higher embankments of 6 meters while this is not a requirement for the AREMA standards require only benching and grassing.

Kyamugambi said the safety factor in the concrete structures is higher in Chinese standards than the AREMA standards.

“The utilisation of engineering materials especially the geo-synthetics (geogrid and geotextile) for tightening the soft ground, the backfilling material and soft ground treatments are different in both Chinese and AREMA standards,” he observed.

Kyamugambi said both the Northern and the central corridor are important for the land locked east African countries but the northern corridor is a more viable route for Uganda as it has a higher potential to spur growth in the country and should be developed fast.