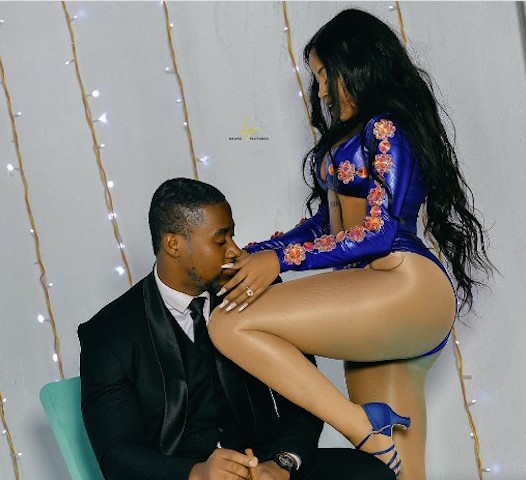 Today in the morning, Uganda’s sensational Singer Sheeba Kalungi posted on her socials claiming that she was sexually harassed by one of the VIPs in the country.

The post reads on Facebook, “To whom it may concern, I don’t care what you think about when you see me on stage or in any of my videos dressed the way I dress up, you better RESPECT MY BODY. It’s MINE, I get to do whatever I want to do with it. You DON’T. you can watch but you CERTAINLY CAN’T TOUCH. #Wowenarenotobjects.”

A Recorded video prevailed as she narrated her ordeal. In the video, the John Rambo singer says, “ I had a show I was performing for somebody. One of those people you respect and call real role models, that pretend on tv to do good and look good all that bullshit act.

And this old pervert was trying to be funny with me, in my car. They just opened my car with his security. They found me asleep in my car, I was about to go on stage. I always do that before my managers tell me to start dressing up.

Fast forward, this mother F*ck is trying to be inappropriate in front of my team members. No shame, no remorse, nothing. You know want what I f*ckin kept thinking about I was so angry I almost flipped but then I respect my job.

I thought about my job and then after performing I punished myself. I was thinking, why don’t I just return the money? Do I deserve this disrespect? Why do you look at women as objects? Do you have daughters?

Treat the women you meet, the way you would want your daughters to be treated, please. Seriously, I was imagining how could you try to do that shit with me? What are you doing without people seeing you behind those doors, without pretense? I hate mother-f*cking perverted people.

Women are not objects. So if you want to sleep with a woman, please be nice and ask them, okay. If you can’t fuck off have some respect for women. If you hire me to sing, respect me. I didn’t come for you to touch me.”

In the video, she looked so infuriated by the act. Sheeba has been a women activist for some good time. In most of her interviews once given the opportunity, she always advocates for women’s empowerment and speaks about the vices acted upon them.

Sheeba has had criticism from the public domain over what is labeled as indecent dressing in Ugandan society. She was once called for a summon about her dressing by the former minister of Ethics and Integrity, the Late Father Rugoda. However, she did not appear and kept on doing her thing.

Nonetheless, there is no clear law about the dress code in Uganda, there are merely perspectives basing the cultural norms of the society.

Keep in mind that no one has a right to sexually harass anyone regardless of their dress code or behavior towards you.