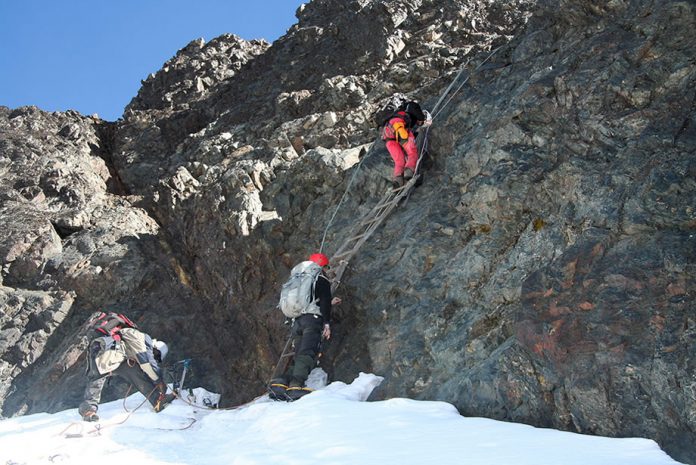 The Rwenzori Mountains and Mount Elgon, the bookends of Uganda, may provide a last bastion for biodiversity in Uganda in a changing climate.  While these mountainous national parks get fewer visitors and fewer conservation dollars than the savanna parks and gorilla parks with their charismatic wildlife, they might turn out to be the most important ones to protect.

“Global Warming” Is A Distraction

Most people know by now that “Global Warming” is an unfortunate misnomer, giving ammunition to climate change deniers who say “yeah, but my backyard has gotten .06 degrees cooler on average over the last six months.”

Likewise, climate change will not impact all species equally.  My unscientific guess is that coyotes and cockroaches will do fine in a changing climate, just like they always do.  They are incredibly adaptive generalists, they are mobile, they delight in popping up wherever people least expect them, and coyotes, at least, breed more rapidly under stress.  Very few governments will need to invest in a Cockroach Conservation Strategy.

Wildlife Will Need Options in a Changing Climate

But what about species like plants that are less mobile, or animals that have more specific habitat needs?  For those species, it is important to have a variety of climate conditions in a concentrated area so that they can find a suitable place to live.  In a flat expanse of land, it might be many miles before you reach a different temperature or vegetation zone.  On a mountain, however, moving just a few feet could completely change your reality.

Mountains have possibly the widest variance of ecosystems per square kilometer of any landscape.  Not only are there extreme temperature differences resulting from altitudinal change, but the angle of a slope and its exposure to the sun can make one spot completely different from another just around the corner.  A crevice in a rock can provide protection from winds that make the surface of the very same rock uninhabitable.  Snowpack on a protected slope can insulate plants and trees that would freeze solid on a slope that gets blown clean during the winter.

According to a recent study done in the Swiss Alps, “alpine terrain is for the majority of species a much ‘safer’ place to live under conditions of climate warming, compared to flat terrain which offers no short-distance escapes from the changing temperatures.”

As the lower elevations in Uganda become hotter and dryer, and thus less suitable for agriculture, humans will also begin to move to find better habitat.  Our legendary mobility will always give us an advantage over the other species that are trying to relocate (except, of course, the cockroach which will be there waiting for us).

With Uganda’s population projected to exceed 100 million by 2050 (nearly tripling the current 32-34 million), there will be incredible pressure on every square inch of arable land.  If there is going to be any space left for maintaining the biological diversity of this country, we need to be sure the mountain parks in Uganda are receiving the attention and funding they deserve.