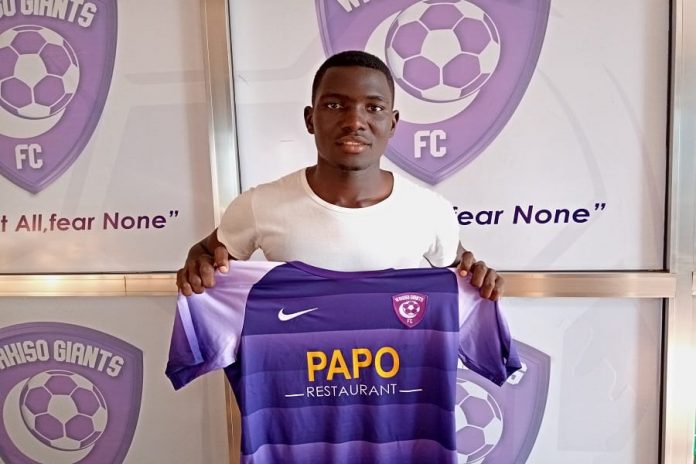 New promoted Uganda Premier League side Wakiso Giants FC has announced their first signing this afternoon ahead of 2019/2020 season.

The Purple Sharks have signed goalkeeper Derrick Emukule,22, from Ndejje University, who were relegated back to the FUFA Big League by the end of last season.

The youngster put pen to paper on a three-year deal, with an option to extend it for an extra year.

“This is a great step in my career as a young goalkeeper. Last season was a learning process in the division and with such an ambitious club, I’m looking forward to more development,” Emukule told the club’s official website (www.wakisogiantsfc.com)

“Being part of this project is already exciting and I will do all it takes to help the club achieve its goals. I believe Wakiso Giants is the perfect place for me to continue to develop as a player. I am looking forward to working with everyone, meeting the team and getting started,” he added.

Emukule is the first signing under newly named head coach Kefa Kisala as the club looks to do its transfer business on time before their debut season in the top flight.

In goal, he will compete for playing time with the experienced Yasin Mugabi, Ivan Mutumba and Cleo Ssetuba.