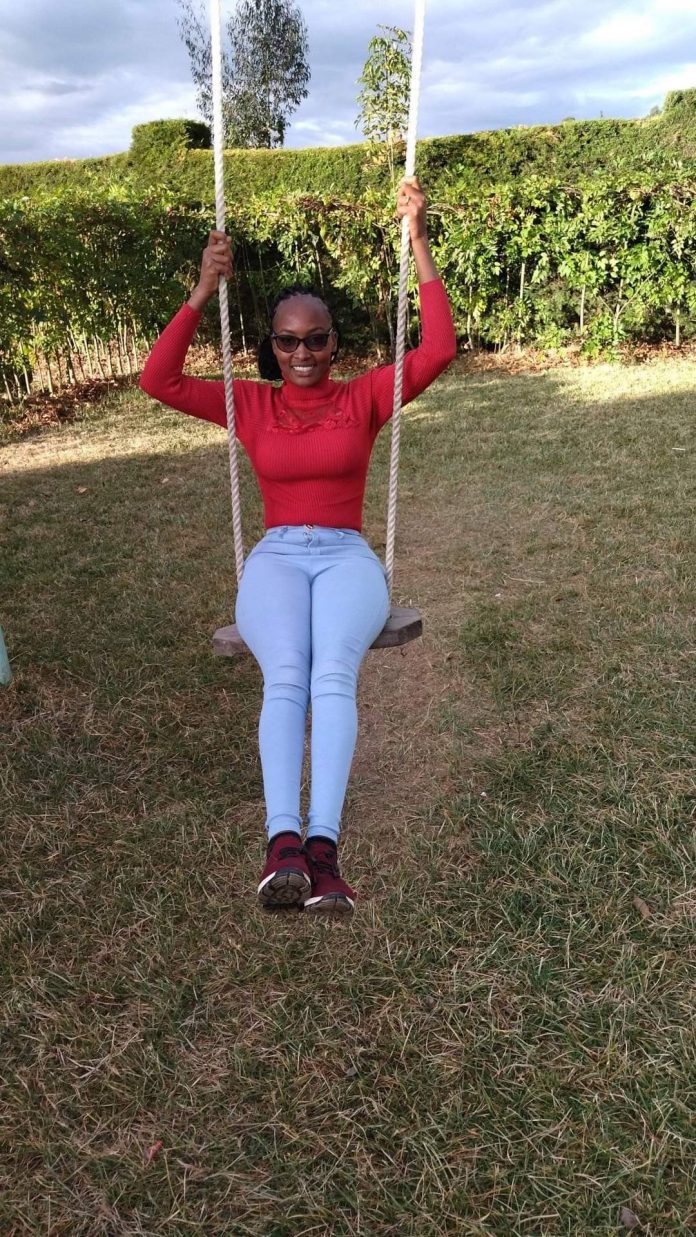 A young Kenyan lady took her life away on Friday 13th May 2022. Monny Muthoni who committed suicide two days ago conveyed two suicidal alerts when she cryptically posted on Facebook.

In the first post, she wrote, “Dear World, I am leaving because I am bored, I feel I have lived long enough. I am leaving you with your worries in this sweet cesspool. I tried.No more pain. wake no more. Nobody owns”

Shortly after she posted, “I am going to put myself to sleep now for a bit longer than usual. Call time eternity. I”

The news of her demise broke out yesterday on Saturday when different online blogs confirmed that she had put her life to an end.

Many were fast to jump on the topic of the cause of her death, the majority saying that it was depression but they couldn’t assert the source of it.

At the look of her Facebook timeline, Monny seemed like a resilient young lady. In one of her recent pictures posted, she was smiling while standing at akimbo with a grin on her face. With a caption, ” the sun will rise tomorrow and we will try again💯”

Monny Monthoni was a Keyan national who resided in Mirahati, Central Kenya. She finished her studies at NYS Yatta School of Agriculture and spoke Kikuyu and English.

Lots of young people are suffering silently because of depression and end up killing themselves mercilessly. Many of them don’t want to reveal what they go through because they fear being judged and people suffering from this mental scourge are perceived as being weak, especially in Africa.

The main causes of depression among young people are unemployment, unhealthy love relationships, rocky relationships between their parents, and body deformations.