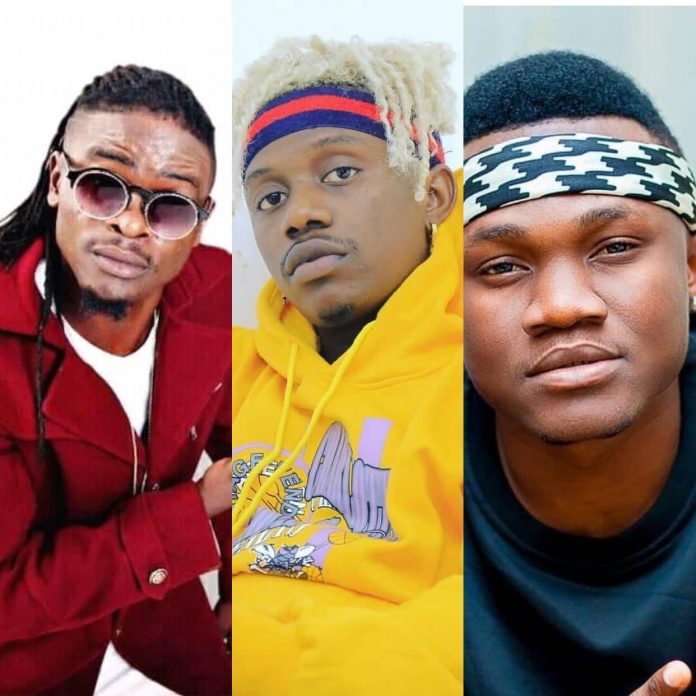 Legendary Ugandan ragga & dancehall rapper Douglas Mayanja aka Weasel Manizo, one half of the defunct duo Radio & Weasel has done a refix of their [with late mowzey radio] famous song ”Zuena” with Tanzania’s sensational singers Rayvanny & Mbosso of Wasafi records – which is owned by Diamond Platnumz.
Zuena is a saccharine love ballad sung by late Mowzey Radio alongside his all time singing partner Weasel. It is perhaps one of their biggest hits ever and the song is said to have been inspired by Bebe Cool’s wife ”Zuena Kirema” who back in days rumors had it that she was Late Mowzey’s ex-girlfriend before hooking up with the Gagamel chief.
Meanwhile, this new record (zuena refix) is off Rayvanny’s new Coming album “Sound Of Africa” . Just a few days back Weasel Manizo was in Tanzania for a video shoot of the same song with RayVanny and Mbosso.
The song is believed to be unleashed on 1st February 2021, the exact day Mowzey Radio lost his life three years back (2018).