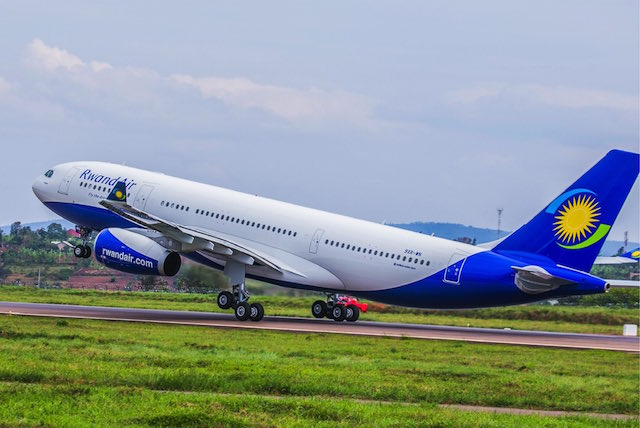 The democratic republic of congo announced that it will suspend RwandAir flights. This came to action after the government of zaire indicated Rwanda of aiding the M23 rebel group. Last week, Kinshasa stipulated that Kigali was supporting the 23 movement activities, which Rwanda refuted amid ignited altercation between the Congolese Army and the rebels in eastern Congo.

Congo’s government has that it will take “conservative actions” against Rwanda and the first step was impeding its national airline’s flights. The conclusion was made after a discussion of the Superior Defence Council led by Felix Tshisekedi, the president of Congo.

The communications Minister Patrick Muyaya revealed in the private meeting held it was concluded that the RwandAir operations should be suspended instantly. The Defence council also decided to tell the Rwandan Ambassador that the government of congo’s objection.

RwandAir reacted by rescinding all its air journeys to Kinshasa, Lubumbashi, and Goma with immediate effect yesterday.

This is what the press release from RwandAir exactly indicated, “following the decision of the government of the democratic republic of congo to suspend RwandAir flights, RwandAir has decided to cancel all flights to Kinshasa, Lumbanshi, and Goma with immediate effect”.

“We are sorry for the inconvenience and disruption this may cause to our customers and we will waive change of reservation fees and off re-issues or refunds for those affected”.

“RwandAir always puts the safety and security of its customers and crew as their number one priority”.

Congo accuses Rwanda of conveying support to M23 rebels in the eastern part of the country, asserting military machinery was discovered with depositions from locals and images taken by soldiers.

Kinshasa alleges their neighbors Kigali are sabotaging a peace process that is interceded by Kenyan President Uhuru Kenyatta who is now the president of the East African Community which Zaire joined recently.

After some good time of seizing, the M23 renewed their hostile activities earlier this year citing that the Congolese authorities did not honor the 2009 tract under which its fighters were to be integrated into the army.

The United Nations revealed that 72,000 locals were displaced due to the war between the Congolese soldiers and M23 rebels in the eastern part of the country.

The M23 rebel group has been causing mayhem in eastern Congo for over two decades. At one time in 2012, it conquered Goma, a prominent province in the area before the Congolese army crashed them in the subsequent year. The M23 comprises 120 armed groups of Congolese Tutsi origin