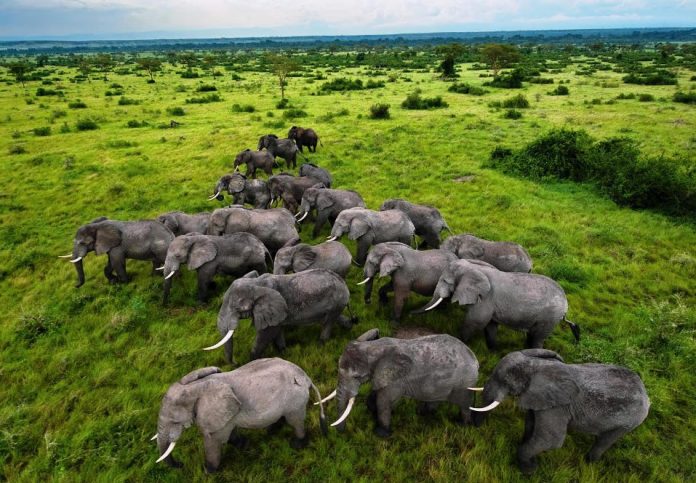 The Coronavirus pandemic hit the tourism industry heavily worldwide to the extent of suspending all the national parks in Uganda and the reports from the Queen Elizabeth national park are not good! The management of the park has reported that since the country went into lockdown in march this year due to the coronavirus outbreak, more cases of poaching have been registered in the park.

The outbreak of the Covid-19  led to a suspension of all tourism activities in the national parks of Uganda. With less monitoring, there has been increased activities of poaching and the park authorities have raised the red flag over the increase of poaching and illegal entry into the boundaries of the park by the neighboring communities.

Due to the current situation in national parks, UWA as a government parastatal resposinle for conservation of wildlife deployed the security personell and increased foot patrols after finding out that there were illegal entries into the protected area.

The Queen Elizabeth national park chief warden Pontus Onzima says that they had reported more poaching cases compared to pre-lockdown times. During the lockdown, 60 poachers were arrested within a period between March and April. The punishment given to these poachers is imprisonment just like the four men who killed Rafiki gorilla silverback in Nkuringo gorilla family of Bwindi Impenetrable National Park in south western part of Uganda.

Onzima the chef warden continuously said that the increased cases of poaching is largely due to that many people lost their livelihood which forced them to look for survival in national parks. He also said that most poachers target small species of wildlife for food and that in the next two years, animal census scheduled will guide the park authorities on the extent of the damage.

The Assistant Tourism warden in Queen Elizabeth national park Nyaduru Steven says that Covid-19 has damaged the tourism industry thus reducing the resources that were meant to be channeled to protect wildlife. He continuously says that there is increase of vulnerability due to absence of both field guides and visitors resulting to fewer people that are available for animal tracking.

A Muhokya resident in Mukokya sub county by his names of Masereka Haran says that most people have lived with small jobs around the lake so their businesses have gone down since march because of Covid-19  which forced many people into poaching wildlife for survival since there is financial constrained.

Queen Elizabeth national park is best destination of various species of primates, birds and wildlife. Often visited by tourists going on Uganda safaris, Queen Elizabeth National Parks boasts of protecting the 4 of the big five animals that tourists seek for in Africa. The park is a world biosphere reserve in Western Uganda boasting of a wide range of flora and fauna. It lies in Kasese district bordering Democratic Republic of Congo and it is a prime destination for wildlife safaris in East Africa.