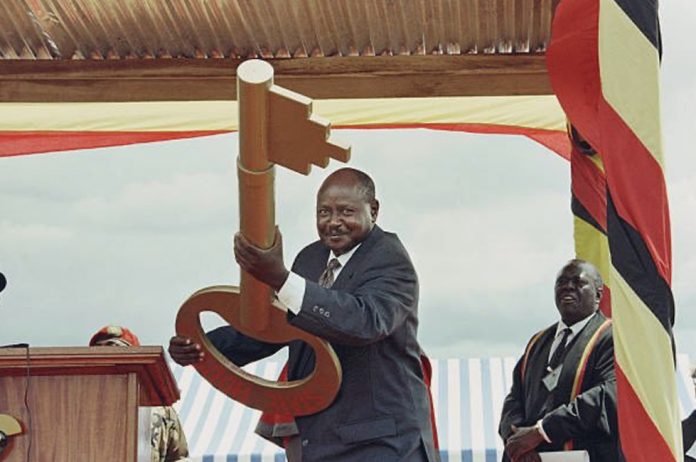 The only thing we learn from Uganda’s political history here is that we never learn anything from it. Anyone simply humming hope, justice, democracy and all those utopian ideas can easily buy off the souls of Ugandans in the blink of an eye.

In January next year, close to 17.7 million Ugandans will go to the polls to choose it’s next leaders according to the recently launched 2021 Electoral Road Map by the Electoral Commission at their offices in Kampala. Speaking at a media briefing on the then on- going voter Registration process on the 26th of November last year, the leader of the People Power political pressure group said, “As we declared early this year that I will be running for president to end President Museveni’s dictatorship, I will be going across the country to consult about the same “. Implicit in this statement and many others casually uttered by many Ugandan politicians is the belief that Museveni and his government are the major cause of all Ugandan woes.

The biggest weakness of these politicians and their cheerleaders is the belief that our much needed economic and political change is a natural condition that grows automatically when tyrannical governments are overthrown. A lot of historic experience has however shown us that this is not always true. All too often, it has led to yet another and in some cases, worse tyranny. No sane Ugandan would need a political philosopher to point out the short comings of  this regime. In fact, if Uganda had gone to the polls in May 2019, President Museveni would score a paltry 32% of the vote which is well below the 50% plus one vote that a presidential aspirant requires to win an election outright in Uganda according to a 2019 poll conducted by Research World International.

Museveni in 1980 went to the bush and led a 5 year protracted war that saw countless lives and property lost simply because he promised o deliver this country from a supposed dictatorship and restore the dignity of the citizens. He at the  time provided a very convincing argument that Africa’s is its leaders that take too long in power and assume that they have all the solutions to their countries’ problems. His constants manipulation of the constitution to retain a strong grip on power has not dine much to differentiate him from these leaders he so passionately condemned in his earlier days.

Amin didn’t disappoint in the same regard. He in 1971 drove into the streets of Kampala flagged by the naive citizens who in him saw their long awaited Messiah. He might have seen in him that too! 8 years into  his reign, the script was littered with a number of missing citizens, state brutality, economic collapse among others. Obote too came preaching the same gospel of liberation and transformation only to commit the same atrocities and maybe even in some cases,worse than his predecessors.

The only thing we learn from Uganda’s political history here is that we never learn anything from it. Anyone simply humming hope, justice, democracy and all those utopian ideas can easily buy off the souls of Ugandans in the blink of an eye.

We as Ugandans have been shown as the kind that never questions the motives in a time we believe a political messiah is holding a lantern at the mountain top ready to lead us to a land of democracy and economic prosperity. This begs a question: Might we as Ugandans, after 34 years, found ourselves at a point where we have to question the motives of our change harbingers or whether their promises are realistic or shall we do history a favour and reincarnate the mistakes of our forefathers – put into power those that will drag this country further down the drain?