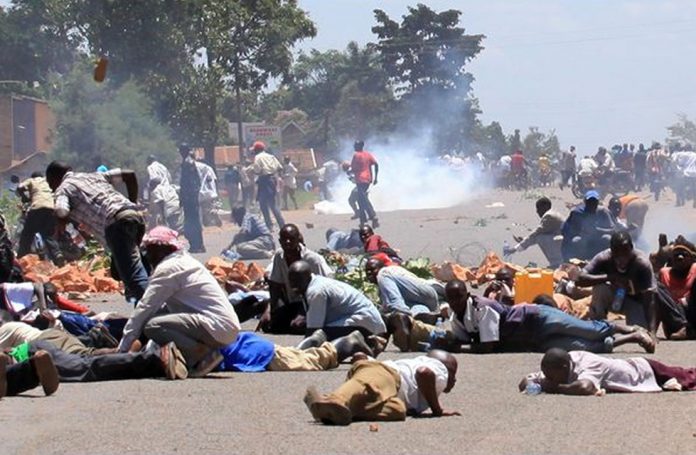 Residents of Kasangati in Nangabo Sub-county in Wakiso District have accused government of trying to bribe them to rebel against Forum for Democratic Change president Kizza Besigye.

In a memorandum issued yesterday, the residents accused area Resident District Commissioner Betty Ssemakula and former Presidential Advisor Naava Nnabagesera of stage-managing a group of women from Kampala at Dr Besigye’s gate to plead with him to stop his walk-to-work campaign on Thursday.

They residents added that some of their members were given Shs100,000 and others Shs300,000 to denounce Dr Besigye’s campaign. “There is no way Kasangati residents can stop Besigye from walking to work because the issues he is raising affects the people of Kasangati as well,” reads in part a memorandum, signed by area councillors led by Margaret Namuddu of Masoli Zone.

“We are the poor people and we are the ones affected by the increase in prices. Therefore, there is no way we can oppose anybody who is walking to bring our issues to the attention of the government.”
To demonstrate their loyalty to Dr Besigye, the residents donated food items, including matooke, chicken, rice, crates of soda and vegetables.

They asked FDC officials to send the items to Besigye as part of his Easter celebration in Nakasongola Prison.

Women’s plea
Ms Namuddu asked government to release Dr Besigye, arguing that the FDC leader has done nothing wrong to warrant his stay in jail. “We want government to listen to the common person,” Ms Namuddu said, adding, “Instead of addressing the issues, the government is wasting taxpayers’ money to bribe people in Kasangati to chase away Besigye. Can’t they know that that’s impossible?”

The FDC leader, who once maintained the biggest piggery in Uganda near Kasangati town, has a dairy farm in the area and an orchard. Ms Grace Nakuya, a woman councillor for Luyinja Zone, said they have been contacted by government officials asking them to draft a memorandum requesting Dr Besigye to be expelled from their village, but that they turned down the offer.

“Dr Besigye is a resident of Luyinja Zone and he will remain a resident of this area,” said Ms Nakuya. “When we refused, they got some NRM people from Kampala and brought them here to address a press conference claiming to be Kasangati residents.”