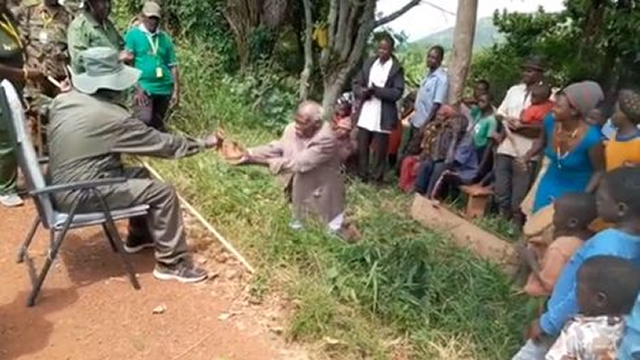 The long serving president of Uganda, Mr. Yoweri K Museveni has through his Facebook page indirectly revealed how he isn’t ready to retire now. In this lengthy post, he established that his long stay is not after jobs but the mission of Patriotism. We share with you this lengthy post below;

There is no problem with Museveni retiring.  My family never joined the modern religion until 1947, almost 50 years from the coming of the Europeans.

In my family, prior to my taking up a temporary teaching job in 1965, after our O – levels, nobody had even ever been a Muruka chief.  My father and a number of my uncles died recently, all of them in their 90s.  None of them has ever worked for the Government.

My children have finished their education. Except for Muhoozi who loves the Army, none of them is working for the Government.  In 1971, I resigned from a government job to fight the regime of Idi Amin, yet Amin was welcoming our group to join.

Therefore, stop wasting time thinking that NRM is after jobs.  It is after the mission of Patriotism (down with sectarianism in Uganda), Pan-Africanism in Africa, social – economic transformation and democracy.

Recently, I pointed out that 63 years after Ghana’s Independence in 1957, the Post-Independence African leaders, except for Mwalimu Nyerere and Abeid Karume that united Tanganyika and Zanzibar to form Tanzania, have succeeded in creating a Latin America in Africa instead of creating a United States of Africa in Africa which was the vision of Osagyefo Nkrumah and Mwalimu Nyerere, of which we are disciples.

You see the misery that is going on in Africa – Africans dying like flies in the Sahel of Somalia, etc.  It is good the East African leaders are now committed to the confederation of East Africa and they appointed me as a champion for that cause.

I have read your lugambo from cover to cover, I have not seen a single comment on African integration and yet that is where our survival is.

You talk of taking power.   That is all good; but remember ideology and not biology.  As long as the Ugandans stand with us, we shall push this mission.