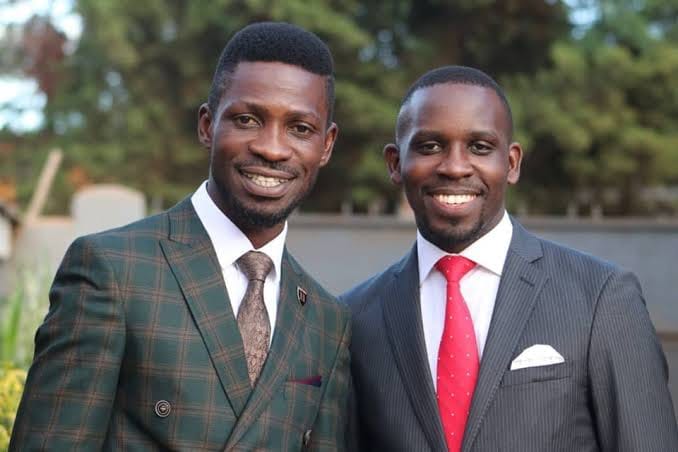 The tightfistedness of Bobi Wine has been talked about by his mates but it had not been witnessed barely until he gifted his compatriot Joel Senyonyi with Shs. 10,000 Ugx.

The National Unity Platform (NUP) president, Robert Kyagulanyi has given Nakawa West member of parliament Joel Senyonyi only 10,000 Uganda shillings for his commendable job of unmasking the dirty deeds of some government officials.

Joel Senyonyi, the former news anchor at NTV Uganda was given the mantle to chair the Committee on Commission Statutory Authorities and State Enterprises (COSASE) meetings in the parliament of Uganda.

The NUP spokesman has done the job tremendously well and has exposed the incompetence of those who manage most government enterprises. The enterprises that have fallen to his weld are the Uganda Railways Corporation and Uganda Airlines.

The case that has raised eyebrows is that of Uganda Airlines where its top brass Bamutalaki has been exposed plain clean for being corrupt and unqualified for the job. Based on this matter Robert Kyagulanyi decided to reward his compatriot Joel Senyonyi with 10K.

The former presidential candidate 2021 went to Twitter to express how proud he was of Joel Senyonyi for exposing the incompetent government officials and asked anyone near the hard-lining COSASE chairman to give him 10,000 UGX which he will pay back later.

Barbie Kyagulanyi, Bobi wine’s wife took on the responsible and sent 10K Senyonyi through mobile money. Today morning, the former news anchor acknowledged receipt of the money and thanked his principal for his generosity.

Considering Kyagulanyi’s stature, offering someone 10K as a reward is a stingy gesture. He should have done better than giving out such a small quid which cannot even buy a kilo of meat in Uganda.