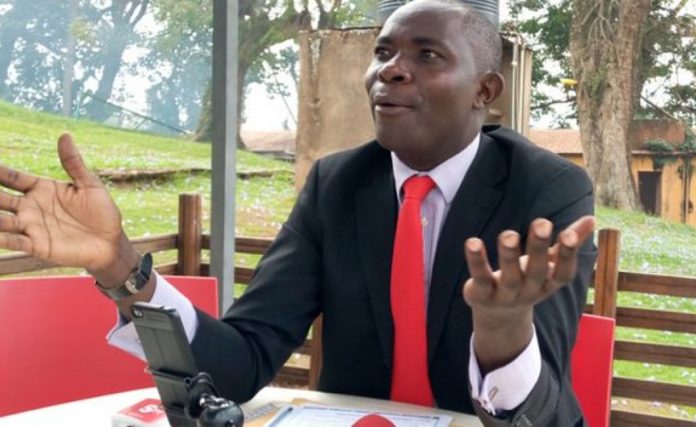 In the summons, Mabirizi is required to appear in court on March 7th, 2022 to answer charges of offensive communication, criminal libel and offenses prejudicial to judicial proceedings levied against him by Robert Rutaro, a private prosecutor.

As such, the Grade One Magistrate Sanula Nambozo has issued a production warrant directing the prison authorities at Kitalya Min Max Prison where Mabirizi is currently serving an 18 months sentence given to him by the High Court Judge Musa Ssekaana for his continued attack on judicial officers to produce him for plea taking.

The summons stem from a case privately instituted against Mabirizi by Rutaro saying that Mabirzi made statements on his Twitter handle abusing Justice Ssekaana.

Rutaro quotes a number of posts written both in English and local language allegedly by Mabirizi in which he attacked the Judge and some of his extracts attached onto his complaint are crafted in a vulgar language.“Chicken had 2be eaten to celebrate our triumph over Ssekaana and a section of Judges who think that Uganda belongs to them not citizens. Of course rule of law champion had to catch up with @legalrebel@IsaacSsemakadde to strategize and a huge missile is on its way,” reads one of the posts.

Others quoted state, “Ssekaana we have been on these streets deeper than you who delayed to leave kyazanga or Kyannamukaaka show us Attorney General’s application for my committal to civil prison …….ga nyoko nempumi yakitawo. Muyaayu gwe”.

But according to Rutaro, the said statements attributed to Mabirizi are ridiculous, tantamount to criminal libel and are clearly intended to lower the self-esteem and confidence of Justice Ssekaana, embarrass and shame him and to lower his reputation among the right thinking members of the society.“The statements made by the accused (Male Mabirizi) are inexcusable and amounts to contempt of court as the said Male Mabirizi is a lawyer who graduated with a bachelor’s in law of Makerere University well versed with the laws of the land and presumably aware of the consequences of the said statements”, reads the complaint in part.Rutaro alleges that the statements embarrassed the trial Judge and violated his right to privacy without justifiable excuse and therefore Mabirizi should be held accountable as provided for under the law.

“That the accused’s conduct ought to be condemned in the strongest terms sanctioned and punished to be an example to the rest of the lawyers and the public in general a lesson that Judges/judicial officers are not Boda Boda riders to be abused any howly and casually,” adds the complaint.

Rutaro who says he stands in solidarity with the Judicial officers thus asked court to summon Mabirizi to appear and be answerable to his charges.