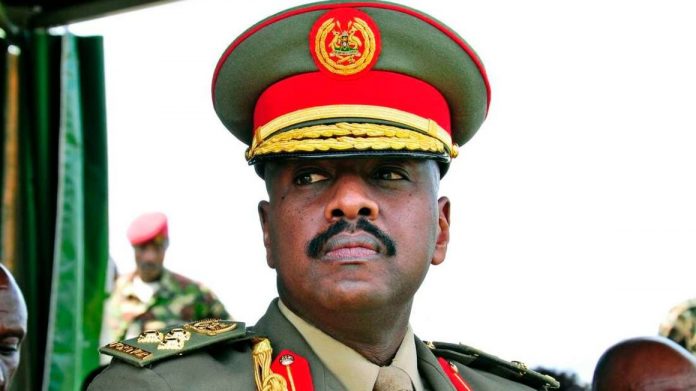 Uganda’s First Son and commander of land forces, Lt. Gen. Muhoozi Kainerugaba has announced his retirement from the army.

In a tweet on Tuesday, Gen Muhoozi said he was retiring from Uganda People’s Defence Forces (UPDF) where he has held various command positions and is currently the third highest-ranking officer in the military.

“After 28 years of service in my glorious military, the greatest military in the world, I am happy to announce my retirement,” he said.

“Me and my soldiers have achieved so much! I have only love and respect for all those great men and women that achieve greatness for Uganda every day.”

The news of his retirement comes after just a day he bragged about what diplomats had failed to do by helping to normalise Uganda-Rwanda relations.

What His Retirement Means

For so long, the Muhoozi Project has been a thing in Uganda’s politics. Many politicians have been arguing about the grooming of Muhoozi to succeed his aging father Yoweri Kaguta Museveni.

With his retirement from the military, Muhoozi Museveni’s position as heir apparent is now obvious.

His retirement is the final stage in the packaging of “Project Muhoozi’ before it is sold to the Uganda public by the owner H.E. Yoweri Kaguta Museveni.

The first stage was to make the project acceptable in the military since in Uganda, politics and the military are interconnected. The first son was fast-tracked through the army hierachy, to enable him control the armed forces and establish connections which were going to beneficial in future.

With this phase now complete, it is time to present the project as a civilian to the Ugandan public to make it electable. It would then ascend to leadership through a skewed democratic process manipulated by the owner. Having ascended to the presidency, the project can now sit pretty after-all it had already established itself in the military. .