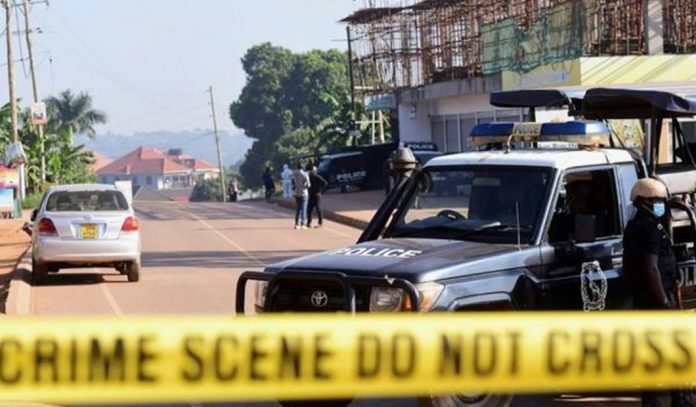 According to reports from those who were at the scene when the blast occurred, a waiter and one customer succumbed to death and several people have been reported to be injured from the blast that occurred at around 9pm at a famous pork joint known as Ludigido.

Ludogido is frequented by Kampala revelers who dine and wine at the several pork joints arraigned at the place. The Uganda Police have responded the incidence that happened on Saturday night October 23rd 2021, at around 9 pm, at Ludigido eating point, in Kawempe Division, Kampala.

According to Fred Enanga the Uganda Police Force spokesperson, One person has been fatally wounded and 7 others rushed to Mulago National Referral hospital, with serious injuries.

However, reports from the scene indicate that two people only identified as Emily and Sam died on spot. The scene has since been cordoned off, and Security joint task teams from the bomb squad called to thoroughly document the scene, to help determine whether the explosion arose out of an intentional act or not.

“We ask the public to remain calm, as we establish the true circumstances surrounding the incident” Police spokesperson Fred Enanga said. Enanga added that any new developments will be communicated in due course.

The incident comes just days after the United Kingdom issued a terror alert to their citizens in Uganda. The UK asked their citizens to be vigilant as they go about their businesses and avoid crowded places as they could be victims in planned bomb blasts.

However, the Uganda Police asked people to remain calm as the alerts were not significantly imminent. “As the Joint Security Agencies, we do appreciate and take cognisance of the advisories to their respective citizens. Our Joint Counter Terror teams have subjected the respective alerts to a process of validation for specifics, to help determine whether these threats are imminent or not. These specifics are still not readily available.” Police’ earlier response to UK terror alert.