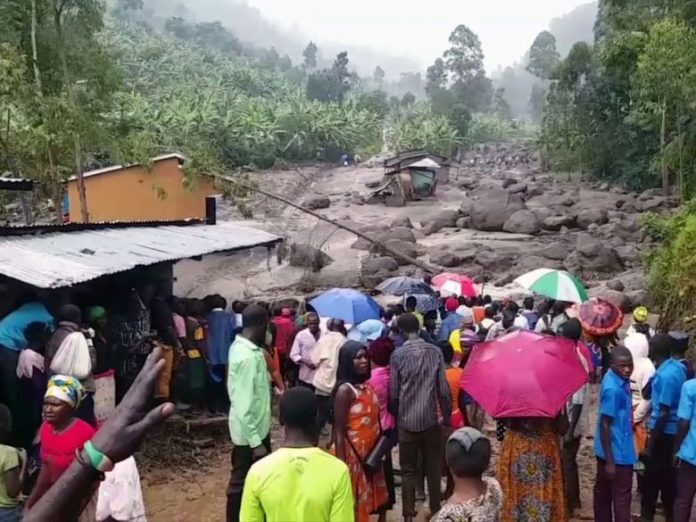 The Government of Uganda has allocated 20 billion shillings to areas that have been affected by disasters caused by heavy rains across the country.

The rains received in many parts of the country have caused disastrous effects. These include deaths and massive destruction of property including crops. These rains have also led to destruction of some infrastructure like roads and bridges.

Musa Ecweru, the State Minister for Relief, Disaster Preparedness and Refugees told journalists at Media Center on Friday that nine billion will be used to buy relief items, 10 billion to fix affected roads and other transportation needs like buying boats where they are needed and about 200 million to fix meteorology machines affected by the rains.

According to Ecweru, the number of displaced people from Bududa, Sironko, Manafwa, Namisindwa and Mbale is about 25,000, affected households are 85,000 and damaged acreage of crop and plantations is 21,500 hectares.

The number displaced in the two sub-regions of Teso and Bukedi stands at 55,000 people with over 120,000 hectares of crop destroyed.

Districts along the banks of river Nile in West Nile sub-region have equally suffered losses of crop and homes flooding.

Ecweru says that while the number seems bigger in Teso and Bukedi sub-regions, the impact has been bigger in Bugisu where about eight deaths have been reported.