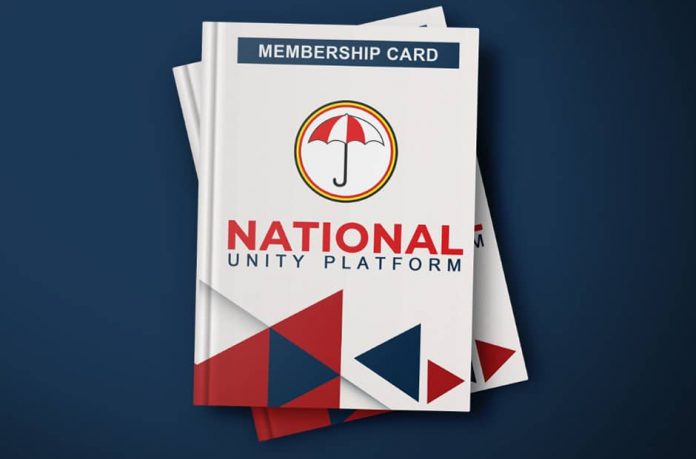 In the last few days, hundreds of people said to be members of the National Unity Platform led by presidential candidate Robert Kyagulanyi have reportedly defected to the ruling National Resistance Movement (NRM) led by president Yoweri Museveni.

Like it has always been a ritual in every election year, the said NUP members were presented before the media before they denounced Uganda’s youngest political vehicle.

However, during interviews for this story, we discovered that some people who were reported to have defected had either been already dismissed from NUP for, among others, embezzling party funds or had never been members of the party as they did not have membership cards.

NUP officials said there was no such position as NUP Northern Uganda registrar and neither did they have anyone called Rachkara as one of their northern Uganda leaders.

“What we have is NUP Regional Liaison Officer for Northern Uganda,” an official who never wanted to be named because he’s not the official spokesperson of the party, said.

Shs200m stake for each NUP member

Earlier, the Kyadondo East MP popularly known as Bobi Wine had accused NRM leaders of approaching NUP members, including flag bearers with as much as Shs200 millions of tax payers’ money.

“While patients in our hospitals die because there is no oxygen, the NRM has approached almost all NUP candidates offering them hundreds of millions to quit the race! Some are offered up to Shs200m, others more, others less! Some have fallen into the trap. Many have rejected the dictator’s maneuvers. This is what our money does! This is why we must remove the dictator!,” Bobi Wine said in a statement posted on his social media pages on Tuesday (December 15).

Just hours after his statement, there was drama in Lira City on Wednesday as two people said to be former NUP members clashed bitterly over cash handouts from NRM leaders.

Ocira is part of the team that raided NUP’s Northern regional office in Gulu. Olenge was equally accused of masterminding the attack.  The two were all in Lira City to witness the defection of 150 NUP party leaders and members from Lango Sub Region to NRM party and preach the good gospel to the defectors.

However, hell broke loose when Ocira requested Olenge for his facilitation money for mobilization for the daylong event but Olenge turned down his demands. He instead asked him whether he wants to travel back to Gulu City.

Olenge had earlier received Shs1 million from Bosco Odoch Olak, the Head of the NRM campaigns in Northern Uganda for the 2021 general elections. He was expected to share the money with two other colleagues who were part of the advance team for the mobilization.

After failing to get the money, Ocira furiously told Olenge that he was expelled from the NUP after embezzling Shs 8 million meant for the party activities. He directed Olenge to give him his money or else risk facing his fists.

Ocira told Olenge that he is an opium smoker who doesn’t fear anything as he charged towards him. However, Olenge shot back accusing Ocira of being useless, saying that he is not afraid of him.

The two nearly exchanged blows prompting two soldiers, police officer and a private bodyguard to Bosco Odoch Olak to intervene and separate them.

“That’s not true. You have also seen some NRM members who crossed to NUP; were they also paid (by NUP)? NRM has internal mechanisms on how to run the campaign. We are going to campaign door to door, media to media, and all other legal forms. The opposition is laying a foundation for excuses for their loss come 2021,” Mr Dombo said on Thursday.

On Wednesday, Dombo had attended an event where over 250 youths said to be members of NUP defected to NRM at Kachonga Village, Naweyo Sub County in Butaleja District.

In august this year, 148 youth wearing National Resistance Movement (NRM) T-shirts joined NUP citing frustration from the party leadership they had served for the last 10 years.
The group, led by Mr Mahad Kasozi, alias Matugga, said they are part of the 334 NRM supporters that had joined NUP after they failed to get help from NRM leaders yet they used their own resources to drum support for President Museveni in past elections.
The NRM deputy Secretary General, Mr Richard Todwong, accused Mr Matugga of not following up with the secretariat to fulfill the promises.
“I remember they organised their own thing and invited me. But I have never seen or heard from them again and this is the first time they are complaining through you. None of them came to my office to get these things that I had promised,” Mr Todwong said then.

“Some of these programmes of mobilisation are allocated under the State House budget and it is unfair that they have not yet received the money or any kind of support because we were told that this money was released,” Mr Todwong added.

President Museveni is seeking to extend his rule to the fourth decade in next month’s general election.

His biggest challenger, bobi wine was four when Mr Museveni came to power in 1986 following a five-year guerrilla.

Uganda’s constitution has been amended twice, in 2006 and 2018, to remove the term and age limits – potentially allowing Museveni to be president for life.

Bobi Wine’s concerts were banned and public rallies routinely broken up with tear gas, and Wine himself is frequently arrested.

His catchy pop songs about social justice, poverty and corruption have shaken the ruling party and its ageing patriarch Museveni, who at 76 is the only president most Ugandans have ever known.