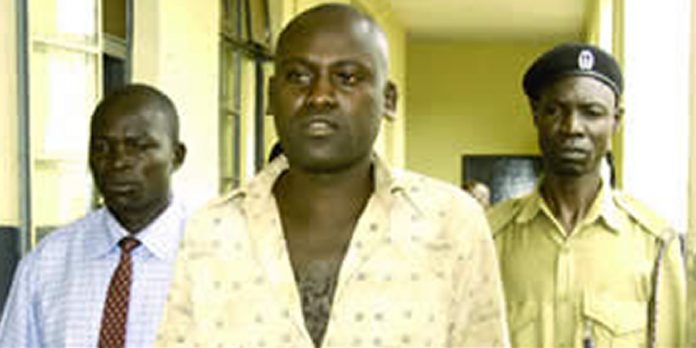 “WE are gone. This crazy world failed to separate us,” was written on the bedroom door of Henry Adebo in Luzira, a Kampala suburb. In the room lay the body of his wife, Stella Amayo Pingoloa, with a deep cut in the chest which extended to her back.

“I have killed her. I have done it. If you want, you can kill me too,” Adebo told the Police, who had rushed to the scene after being notified by neighbors on Saturday morning. The man had locked himself inside the house, necessitating the Police to force open the door.

Inside the house, the Police found the shocking scene of a pre-meditated murder and planned suicide. “Henry Adebo, born January 25, 1971, 36 years. Died on July 6, 2007”, was scribbled using charcoal on the wall of the one-room house.

“These are my warnings and questions. How many times have I told the world that I don’t love Stella anymore? Everything has got a beginning and an end. I have gone for my judgment.”

In his wall writings, he asked his brother, Jurua, to look after his four children, Phillip Baruku, Oliver Candiru, Andrew Adebo and Junior Trevor Candiru. He wound up his message by bidding farewell to his brothers and sisters, indicating that he wanted to commit suicide.

According to Kampala Police spokesman, Simeo Nsubuga, Adebo is being held at Jinja Road Police Station and will be charged with murder. There was a scare at the police station when Adebo collapsed while being returned to the cells after interrogation. “It is all useless,” he told the Police with eyes wide open and slurring his words. “I have already taken Alkaline. It is useless. I am going to join my wife.”

The gruesome murder in Kisenyi Zone 1 happened at about midnight on Friday, the Police said. It is not clear what weapon Adebo used.

After killing his wife, Adebo is said to have taken his one-year-old baby boy to another brother, Richard Amayo, in nearby Kitintale. Adebo then returned to his house where he sat outside for some time before the Police arrived.

Nsubuga said it was clear that the couple had been in an acrimonious relationship. He urged couples in such a situation to seek the services of the Child and Family Protection Unit.

“If Stella had reported matters to the Police earlier, it might not have come to this,” he said.