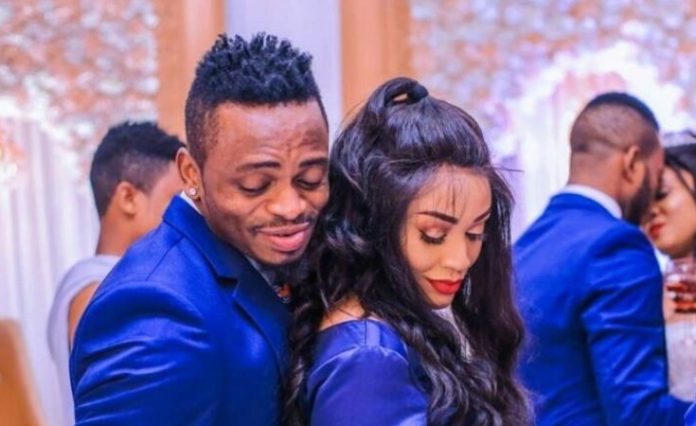 Ugandan-South Africa based showy socialite Zari Hassan publicly revealed how the father of her last two kids ,Diamond Platnumz, is back in her life. Meanwhile, the self-proclaimed ‘Boss lady’ claims he’s back in her life just to provide to their two children – Princess Tiffah and Prince Nillan.

On 12th/June/2020, Friday, Zari lectured people who had censured her after disclosing that the two had worked out their issues for the sake of their children. In a bitter rant on Instagram Live, irresistible mother of five wondered why the public thought that she was desperate to get back with the Wasafi boss.

“The reason that he is back a lot of you are saying ooh she is so desperate, Diamond is desperate, how are you benefiting if he takes care of his kids? Two years down the line Diamond realized what his problem was,” said Zari.

She also wondered why people were bitter that a person has decided to step up their game and take care of his children, saying: “Kwanini mnaumia? (Why do you get hurt?) And this thing is coming from Tanzania, she added. ”How is one desperate when they decided to take care of their child?”, asked Zari.

“Let me teach you one thing, especially you Tanzanians. I want you to sign in Google Translations, called co-parenting. It’s co-parenting for the sake of the kids that you two have together. Just because he is taking care of his kids, it doesn’t make him desperate, and make him look like he is trying to get back with me,” she added on.

Zari also added saying that she doesn’t want to get involved with the ‘Jeje’ hit maker romantically.

“I do not have to prove a point to him that I need to get back to him. Whatever we are doing right now is for the best interests of our children. My kids are very happy, Papa calls all the time. Especially Tiffah gets very excited, that’s my papa calling, he speaks to them, plays Piano for them, he is doing everything, he bought her a Kitchen, a puppy for his son. The problem is why are you hurt?” she posed.

Zari still called out those who allege that she coaches her daughter, Tiffah, when it comes to what to say to her father on phone.

We hope Rema Namakula picks a leaf from Zari anyway!!!!!