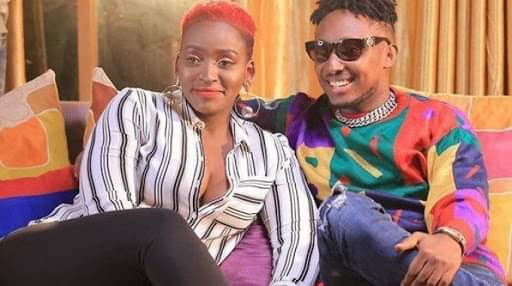 The ‘jangu’ hit singer claims that her relationship with Chozen is purely platonic and they ain’t dating as many people assert.

In fact she revealed that she is single and that it’s because of people’s rumours, that she’s dating Chozen, that has made her single, as this scares many men who would love to approach her.

The mother of one has therefore cleared the air that her and Chozen Blood are just very close friends and nothing more than that as people expect.

She also went on to beg people to stop spreading false rumours of her dating the ‘slay queen’ singer that they are really scaring men who would wish to love her, thus continuing to stay single.

Nevertheless, Winnie Nwagi together with her Swangz Avenue fellow singers, Azawi and Vinka, have today given a helping hand of 750 kgs of rice to Ugandan Djs to help them out during this lockdown – each of the singers contributing 250 kgs of rice.