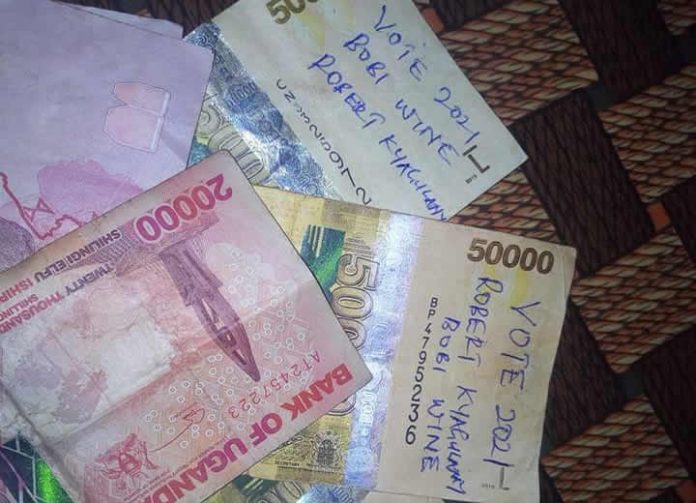 Bank of Uganda has advised members of the public to only accept notes with features designed by it and not any other person or institution.

This essentially puts a ban on banknotes that have been written on or defaced in any way.
“The Bank has noted with concern the several social media postings circulating images of Uganda’s currency notes with hand written political campaign messages. This is to advise members of the public that stamping, writing and/or markings on currency notes interferes with the security features that are useful in establishing the authenticity of the genuine currency notes. It also amounts to defacing which exposes the holder of such a note or coin to the risk of loss of its value,” the BoU Governor, Emmanuel Mutebile said.

In a statement, Mr Mutebile said: “The public is advised to accept only those notes that bear features as designed by Bank of Uganda.”

He added that “individuals involved with defacing and/or those accepting defaced notes risk losing value of their banknotes.”

This follows a trend on social media where photos of banknotes that have been written on with political messages were fast becoming common.