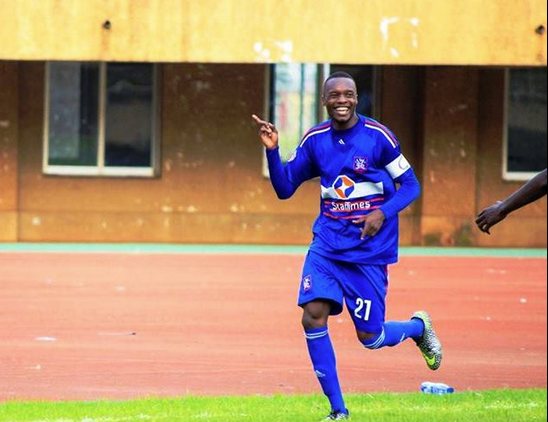 Midfielder Taddeo Lwanga has come out to bid farewell to Sports Club after completing his move to Vipers.

Lwanga who captained SC Villa last season made the switch from Nsambya to Kitende last week after agreeing a two year deal.

In a statement written on his official Facebook page, Lwanga thanked the Sports Club Villa management for giving him the opportunity to play for the record champions.

The robust midfielder also went ahead to thank the fans, coaches and the players he was worked with at SC Villa.

“I personally have had a great season but my goal has been to win trophies with the team and to bring the club back to its glory days.

Out of my huge respect for the club President, the players and the fans I don’t want to go into any details of any previous meetings I have had with the management.

I have thought long and hard about it, but I have decided not to extend my contract.

You guys, the fans, have of course the right to disagree with my view and decision and I will always respect your opinions.

I love the club and the fans, no matter what happens. I have grown up and became a man during my time with SC Villa Jogoo.

Everybody at the club and the fans have always supported me over the years and I have always given my all (and more) on and off the pitch.

I am very proud of being part of this fantastic club for the last 2 years.

I take this opportunity to thank Engineer Ben Missaga for developing me as a man and I apologize for the things that went wrong during my stay at the club.

I also thank the club management most especially Mr. Kakembo Ivan (CEO), Mr. Mugwanya Vally (Manager), Coaches(Antonio Froles, Ibrahim Kirya, Wasswa Bbosa, Bisaso Shafiq and Deo Sserwadda), and my fellow players for you have been there for me and I have shared and learned a lot from you guys.

To the fans, you guys have been fantastic. Thanks for cheering us in the bad and good times.”

Lwanga joined SC Villa in 2015 on a two year deal from eternal rivals Express FC. He was appointed the team’s captain this season.

He joins the several players that have left SC Villa. These include Umar Kasumba, Alex Kitata, Paul Mbowa and Dennis Kamanzi.