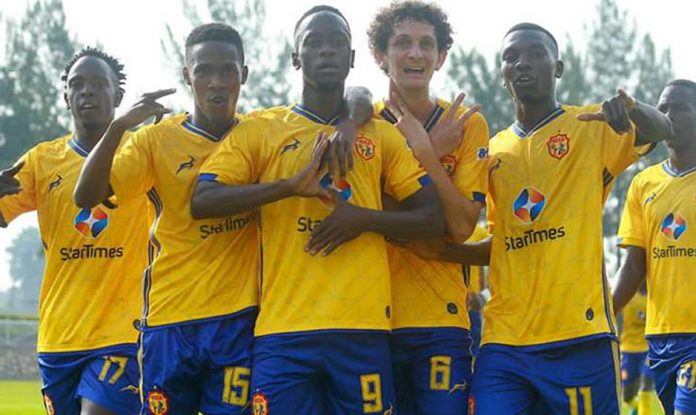 Kampala Capital City Authority Football Club ( KCCA FC) has been eliminated out of the CAF Confederation Cup this is after they defeated Rwandese giants AS Kigali 3-1 in the second leg game of the CAF Confederation Cup first round second at St Mary’s stadium, Kitende but were eliminated on away goals rule after 3-3 aggregate scoreline over the two legs

KCCA Fc lost the first leg 2-0 without even Kicking the ball, KCCA got the perfect start they wished for as Brian Aheebwa capitalized on awful defending from the As Kigali backline to place the ball into the bottom right corner to give the Kasasiro Boys an early game’s lead and went on to score a hattrick.

The visitors pushed on until in the 49th minute when they got the important goal they all wanted through Hakizimana Muhadjiri’s penalty after defender Musa Ramathan fouled Aboubakar Lawal in the forbidden area.

KCCA tried to get the fourth goal which would help them progress to next round but Baate was brilliant, denying both Aheebwa and Anaku on multiple occasions.

Uganda Hippos Through to Afcon U20 Semi Finals