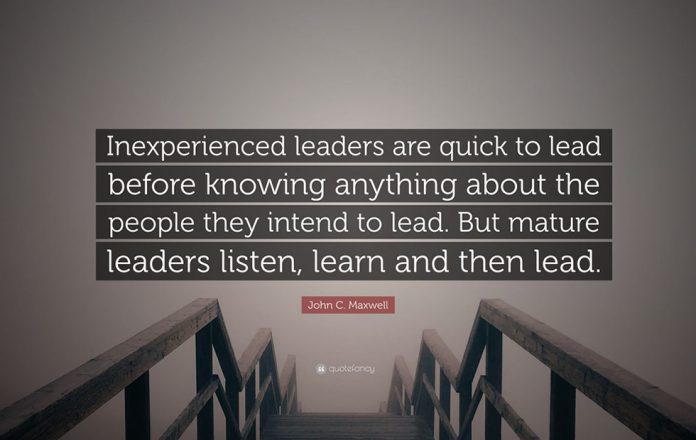 The current indisputable decadence in Uganda has forced Ugandans to search for a solution more than ever. There is consensus Uganda has enough resources – human and non-human – to meet basic needs of education, food, health, housing and clothing for every Ugandan now and in the foreseeable future if used fairly. Ugandans are not only hard workers; they are also innovative if given a chance. At the time of colonization, Uganda was more industrialized than it is today. Through specialization in production and exchange in local and regional markets Ugandans obtained what they needed except during periods of natural or human calamities like drought and war that led to famines and loss of lives.

The colonial regime changed Uganda’s economic structure, ending industrialization process and turning Uganda into a producer of cheap raw materials it never produced before (cotton, coffee, tobacco and tea) in exchange for expensive manufactured products that it produced before like hoes that contributed to poverty and its negative offshoots. The struggle for independence was meant to reverse the order thereby reintroduce industrialization of the economy and export manufactured products with a higher unit value than raw materials. This has not happened after independence in 1962 for two major reasons: inexperienced leaders in the art of public administration; and opportunism, corruption and sectarianism. As late as 1960, Uganda national leaders hadn’t emerged. Iain Macleod, then British Colonial Secretary wrote in May 1960:

“The problem here is an extremely complex and difficult one. In no other territory is the political picture so confused. No national African leader of any sort has yet emerged. In consequence the struggle goes on between the traditional forces represented by the Kabaka and the other Agreement Rulers and the rising power of the political parties. We must try to keep a balance between them and not sacrifice either…”(Roy Douglas 2002).

Because of the struggle for power, Ugandans that had some experience like Ignatius Musazi and Ben Kiwanuka of Buganda, George Magezi of Bunyoro and William Rwetsiba of Akole were sidelined by young and with little or inexperience for post-independence leadership. Consequently, the president, prime minister and probably both secretaries-general of UPC were in their thirties with hardly any experience to lead a complex country.

As if we did not learn anything, Amin without civilian public experience and with a well known record of brutality in Kenya and Uganda was well received in January 1971 as the savior of Uganda. In order to hang on to power Amin damaged the economy and society by killing and forcing into exile the elites including the expulsion of the Asian community. Then came Museveni who was not only inexperienced in civilian administration, but an opportunist as Mzee Boniface Byanyima described him to C. M. Mpagi (Daily Monitor October 6, 2005) who has also turned out to be highly corrupt and sectarian. Museveni originally a UPC member wanted to lead DP in 1980 elections; formed UPM when DP rejected him; lost a parliamentary seat in the 1980 elections and ended up waging a brutal guerrilla war because the elections were rigged when his party is not the one that felt had been cheated in the 1980 elections. Museveni recognized his lack of expertise recently when he made a statement in Kisumu at the invitation of Raila Odinga. Museveni observed that he had become an expert giving the impression he had been a student on the job with European tutors (he was given tutorials in macroeconomics by European tutors). In his address on April 18, 2013 launching vision 2040, Museveni took us back to some sections of the ten-point program which he abandoned in early 1987 (in favor of failed structural adjustment program) before it got implemented as if to remind us of the work he came to power to do which hasn’t been done. After reporting on what he considers as achievements in education, energy, democracy and security, he said “We are now set to move”, implying that he is now ready to lead the country to accelerated economic growth and possibly equity.

Boniface Byanyima who perhaps knows Museveni more than anyone else because he looked after him while he was young observed that Museveni introduced the idea of vision to deprive people the right to determine their destiny and leave it in the hands of Museveni to do it for Ugandans. To prevent parliament from determining Uganda destiny Museveni “invented the idea of the man of vision; … so they should allow him to think for us”(Daily Monitor October 6, 2005). We already have Museveni’s ongoing 2025 vision. The question is this: Why have another vision? Does vision 2040 replace 2025 or is it a revision and extension of 2025? From the information at my disposal no explanation has been offered why we needed vision 2040. It may represent an attempt by someone who has failed at home and increasingly abroad and is trying to hoodwink the public in order to stay in power longer (when faced with domestic problems Amin threatened to reclaim Uganda land in Kenya. When that failed he invaded Tanzania that fought back and sent him into exile). Ipso facto, vision 2040 should be treated with a grain of salt.

Now we have Gilbert Bukenya who some people believe is another opportunist. He was one of the people closest to Museveni as minister in the presidency and then as vice president serving in that capacity for ten years and therefore closely associated with and definitely shares responsibility for the mess in Uganda. He was comfortable with NRM until Museveni dropped him in the cabinet reshuffle in 2011. He hasn’t been absolved of a number of things including possible corruption. With all this record, he has already been selected by DP and FDC to lead the opposition against NRM which he served since its inception in 1986 until he was dropped from the cabinet. How is Bukenya going to convince Ugandans that he wasn’t responsible for the country’s decadence? How has this decision blocked emerging of a formidable candidate to run against Museveni? Are there some parallels between Gilbert Bukenya and Paul Ssemogerere? Some have suggested that Ssemogerere couldn’t make it to the top because of opportunism. While DP leader he served as minister in Okello Lutwa government, then in Museveni government as minister of internal affairs, foreign affairs and second deputy prime minister and then competed against Museveni in 1996 for president on a DP/UPC ticket knowing full well UPC was unpopular especially in Buganda. What does Bukenya stand for and what is his family tree? Present and aspiring leaders should be transparent and make their political economy views known to give Ugandans a chance to make informed decisions (Ugandans who avoid to discuss unpleasant or controversial issues like federalism to avoid risking losing popularity should not participate in running a government because they will evade those issues and more while in power or will use force to silence dissent and the country and citizens will suffer).

Bukenya started upland rice which he no longer talks about. If the project is still running how much rice are we producing? How much of it is consumed in the country and how much exported? What has been the impact on the environment and peasant land holding? The situation Uganda is reminiscent of what Macleod talked about in May 1960 namely: “In no other territory is the political picture so confused [as in Uganda]”. Now we have a president who goes to public rallies with sacks of cash to bribe Ugandans! Can Museveni and Bukenya be rebranded by Ugandans and their outside supporters? People are asking what to do in 2016 should they be presented with Museveni and Bukenya as presidential candidates of the two major parties: Should they re-elect Museveni or replace him with Bukenya or stay away from the polling stations? What should concern Ugandans now is to find out who is the invisible hand directing Uganda’s political affairs.