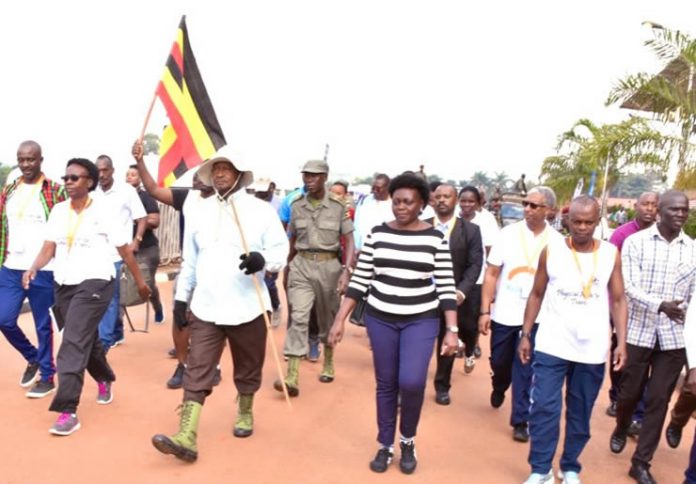 The opposition Forum for Democratic Change (FDC) party has lashed at President, Yoweri Museveni for the forthcoming Anti-Corruption walk, saying he is not paid to walk.

Museveni will lead the country in a walk aimed at raising awareness against corruption on December 4, 2019 from the Constitutional Square to Kololo airstrip.

Although Museveni’s involvement in the walk is being promoted by the government as his commitment to fight corruption, the opposition thinks otherwise.

Last week, Gen. Mugisha Muntu, the National Coordinator of the Alliance for National Transformation-ANT party described the walk as a mockery.

FDC has joined those criticizing the walk. The FDC party deputy spokesperson, John Kikonyogo, says Museveni isn’t paid to walk, adding that Ugandans are aware of the corruption in the country.

Kikonyogo says that rather than walk, Museveni should use the available institutions effectively to fight corruption.

He says although government has put in place institutions like the Inspectorate of Government and the State House Anti-Corruption unit of State House to fight corruption the vice still continues.