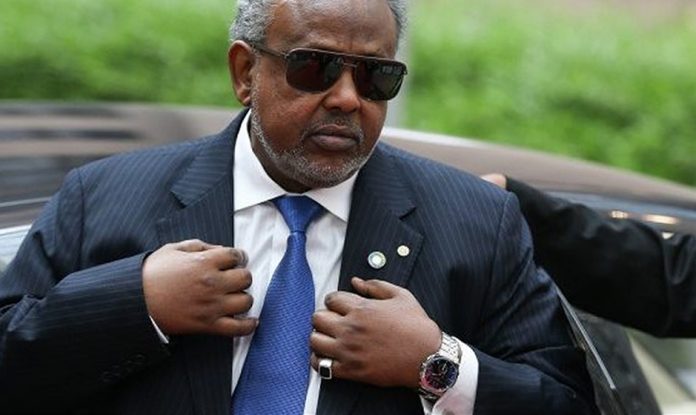 “Africa does not appear on the foreign agenda of the U.S. president-elect, Donald Trump, but as Djibouti, we had a good and deep relationship with U.S. government which I am hopeful will continue,” Ismail Omar Gulleh said in an exclusive interview with VOA Somali Service on Thursday. “Our relationship was not with an individual but with U.S. institutions.”

Ending his 2015 visit to Africa, U.S. President Barack Obama warned the continent would not advance if its leaders refuse to step down when their terms end. “Nobody should be president for life,” Obama said.

However, last April, President Guelleh won third term in a disputed re-election boycotted by opposition parties. In order for Guelleh to win that election, parliament had to change the country’s constitution because presidents were limited to two terms.

Referring to Obama’s warning and the recent U.S. election results, Guelleh said, “Those who used to say we are giving lessons to Africa, you see what they are facing. It is none of their business to determine any incoming or outgoing African president,” he said.

The tiny East African country hosts the United States’ only military base on the African continent. In 2014, the U.S. and Djibouti signed a 10-year lease on the military base, Camp Lemonnier.

At the time, the based housed about 4,000 U.S. soldiers and other military personnel. The United States regards it as a major staging area for attacks against terrorists in Yemen and Somalia, where Djiboutian solders are part of the African Union force that has had some success against al-Shabab militants.

Djibouti is also home to a military base from former colonial power France. Japan has also leased a military base, while there is a growing Chinese influence in Djibouti.

Gulleh says his country is capable of managing those differences and sometimes rival foreign interests.

“All those countries which have bases and interests in Djibouti have been brought together by common interests, including the global anti-terrorism efforts, the piracy and economic interests. So that, we are capable of managing and maintaining good relationship with our friends.