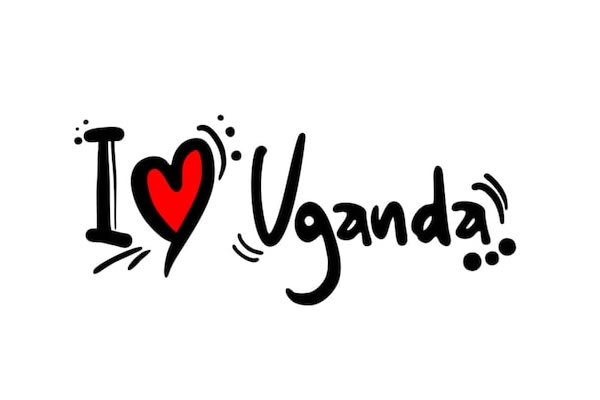 Uganda is one of the loveliest countries in Africa. Many people who visit Uganda end up relocating to Uganda or making return visits. This relatively small country was nicknamed the Pearl of Africa by Sir Winston Churchill in 1902. Here are some reasons why I love Uganda;

Uganda is the adventure capital of East Africa

In Uganda, adventure junkies can experience some of the best adrenaline highs! In the Eatern part of the country exists Jinja Town, a home to adrenaline adventures. There are lots of heart pounding experiences that you can dare try out in the city. Jinja is home to one of the world’s best white water rafting experiences, it is a magnet for rafting enthusiasts where you can plunge down grade five rapids, kayak or try the white-knuckle jet boat ride. Those who prefer a different kind of adventure can opt for bungee jumping, quad biking or horse riding in the communities along the Nile. There fore on your next Uganda safari adventure, don’t miss to include Jinja in your itinerary.

This second deepest lake in Africa is found in Uganda which is surrounded by terraced hills and its 29 islands. In the local language of Rukiga, Bunyonyi means a ‘place of many little birds’. The lake is safe for swimming or you can hire a canoe to take out for a paddle. The popular activity on this lake is to take a canoe ride to explore several islands with in Lake Bunyonyi each having its own story. This ride is about 2 hours but the most popular island is the “Punishment Island” where it is believed that women who could produce children outside the official marriage would be dumped. They would be left to starve and die but sometimes they would be rescued and married by fishermen. Its formation makes one to yarn to visit the Lake. Unlike other lakes that were formed from volcanicity, faulting and warping, Lake Bunyonyi is a sub result of lava damning. It is believed that magma from a nearby hill blocked a river channel which later caused the reversal of the water to form a lake. The point where lava blocked the river channel can be seen on main road from Kabale to Kisoro district.

You can also take on Mount Elgon, one of the oldest volcanic mountains in Africa. It offers beautiful views, numerous caves, hot springs, and cascading waterfalls that enchant you as you enjoy a climb up to the Wagagai Peak and the Caldera. You can also hike the dramatic Virunga Volcanoes where the borders of Uganda, Congo and Rwanda converge.

You need to visit the capital city to experience the hustle and bustle of the famous taxi ranks, including the central taxi rank where you can find a taxi to any area in the city and beyond. Close to a football field in size, every inch of the park is crammed with taxis; which in Africa are actually mini vans. Apart from the taxi ranks, Kampala is a relaxed city with an unhurried pace and is surrounded by seven hills that form the Kampala. Namely, Old Kampala, Namirembe, Rubaga, Mengo, Mulago, Kibuli, Kasubi and so on. Take the time to walk around and experience the busy markets, restaurants and friendly people through a city tour.

Uganda is made up of a number of ethnic groups from the central and south, east, west, and north, each with its own language, distinctive customs and norms. There are over 50 languages are spoken in Uganda. It’s this cultural diversity that offers curious travelers an authentic and enjoyable experience. Despite the fact that it is a nation with diverse cultures, Ugandans are some of the friendliest and most welcoming people you can wish to meet compared to other people. The locals will greet you with smiles wherever you will step in this welcoming and beautiful country. You will never feel isolation as long as you are in Uganda.

The country’s elevation and location on the equator gives it near perfect weather all year round. Uganda has two main seasons, that is; the dry and wet seasons. The wet has less sun and the dry has less rain with moderate temperatures across seasons. During the rainy season, it rains often for a short while and the sun comes out shortly after, and in the dry season there is less rain and the temperatures go a little bit higher. This type of weather is favorable for flora and fauna in Uganda.

On top of all, Uganda to some of the best areas is comprised of lush forests and jungles in Africa. These tropical rain forests, such as Imaramagambo Forest, Budongo Forest, Mabira Forest, Bwindi Impenetrable forest, Semuliki Forest and Kalinzu Forest; are rich in biodiversity with more than 1,000 flowering plant species and almost 200 different types of trees, many of which are endemic. They are also home to an incredible variety of birds, butterflies and mammal species including some of the rarest animals on the planet thus the pearl of Africa.

Although Uganda is home to the Big Five (lion, leopard, rhino, buffalo, and elephant) it also boasts unique wildlife such as tree-climbing lions and the Nile crocodile. Uganda is a must on any birder’s bucket list, with over 1,000 bird species, including some of the very rarest, such as the shoebill, the great blue turaco, Shelley’s crimsonwing, and many more. Indeed, Uganda’s wetlands and savannah are great habitats for some of the world’s most spectacular birds and wildlife. Murchsion Falls National park Uganda’s largest park, has an amazing boat cruise on the Nile, offering great birdlife, hippos, crocodiles, elephants, buffalos and several antelope as they come to drink at the water and also the boat trip brings you to the bottom of the Murchison Falls. Queen Elizabeth National Park is also well-known as a medley of wonders because of its rich biodiversity and the fantastic opportunities to spot the elusive leopard or the famous tree-climbing lions of Ishasha.

Uganda is lucky to be the home of the famous endangered mountain gorillas, and it has the highest population of mountain gorillas in the world. They can’t be found anywhere else on earth but in the Virunga that is shared by Uganda, Rwanda, and the Democratic Republic of Congo. These gentle giants can be found in two of Uganda’s national parks: Mgahinga National Park and Bwindi Impenetrable Forest National Park. Thus Uganda being a unique destination for tourism. Tracking these gentle giants is an experience like no other as you watch them feed and groom each other or view the young ones play.

Much of the south of the country is heavily influenced by one of the world’s biggest lake, Lake Victoria that contains many islands. Most important cities are located in the south, near this lake, including the capital Kampala and the nearby city of Entebbe. Lake Kyoga is in the centre of the country and is surrounded by extensive marshy areas.

However much it is landlocked, Uganda contains many large lakes apart from Victoria and Kyoga. These are Lake Albert, Edward and Lake George. This clearly indicates that Uganda lies almost within the Nile basin. The Victoria Nile drains from Lake Victoria into Lake Kyoga and into Lake Albert on the Congolese border.

Uganda’s food is as rich as its culture because each tribe has its own staple food. A proper Ugandan meal is a celebration in itself and some meals are prepared as early as the day before in order to be served at lunch. Then there is the street food, the most notable being the rolex. While a Rolex is a timepiece in most countries, in Uganda it’s a popular street food that can be eaten any time of the day. It’s an omlette that is rolled with a chapatti and some onions plus tomatoes costing 1500/=.

This article first appeared on the Ugandan Web and has been revised with alterations by the editor.