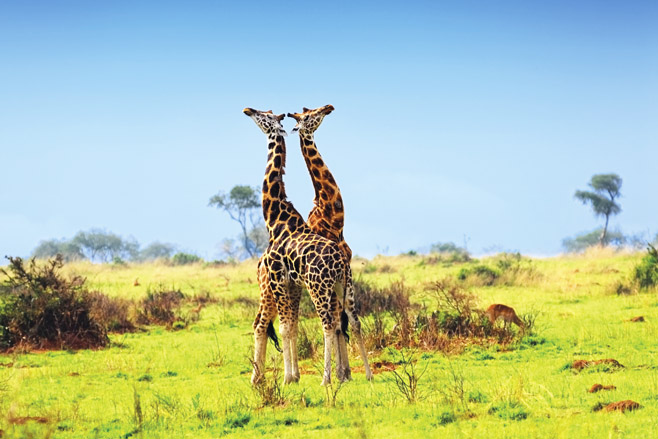 The minister for Tourism in Uganda Hon, Uganda’s Minister for Tourism, has launched a new media unit to tackle challenges and wrong perceptions about Uganda. The media unit aimed will aim at putting positive messages about tourism, culture, and related topics into the public domain.

The so-called Tourism Communications Working Group will be headed by the Ministry’s Head of PR, Mrs. Emma Mugizi, who will be assisted by a further six regular members drawn from across the ministry’s various departments and agencies under its supervision.

From Minister to Permanent Secretary to the head of the working group, the message was unanimous that it was important to provide facts and figures to the global media and promote good news about Uganda’s tourism attractions, parks, and society events.

Uganda in the past often failed to respond adequately and promptly when negative news emerged on international television channels, in newspapers, and magazines. The country that has seen peace for over 25 years now is still having a big problem in marketing its tourism products and the problem is largely the “bad image’ of its past. It is not surprising when you ask about Uganda; many will get the images of the past brutal leader “Idi Amin” killings of Joseph Kony, arsonists and such terrible incidents! The image of the country is a very important factor in the development of tourism and therefore the establishment of such campaigns is an important step in promoting the country.

It is hoped that the new media unit will finally be able to put push more positive information that will work upon creating rather a positive image for the country. The media unit will as well engage with global, regional, and local media organizations and key media individuals so that positive and clear images about Uganda as a destination will be directed into the public domain including TVS, radios, newspapers etc. Deliberate networking with the media in fact must include those using the new age channels like social media and blogs, to create an overall better picture of the country abroad by tapping into all available resources.

Minister Mutagamba called the launch a step into the right direction that will improve the marketability of Uganda as a destination. Uganda is one of the most beautiful places on Africa – an upcoming destination on the African continent. It is the number one spot for gorilla tours, wild adventures where tourists hike within the impenetrable forests of Bwindi and Mgahinga National Park to see the endangered mountain gorillas! Other rewarding experiences in the country include big five game viewing, mountain trekking, white water rafting, primates watching and more.