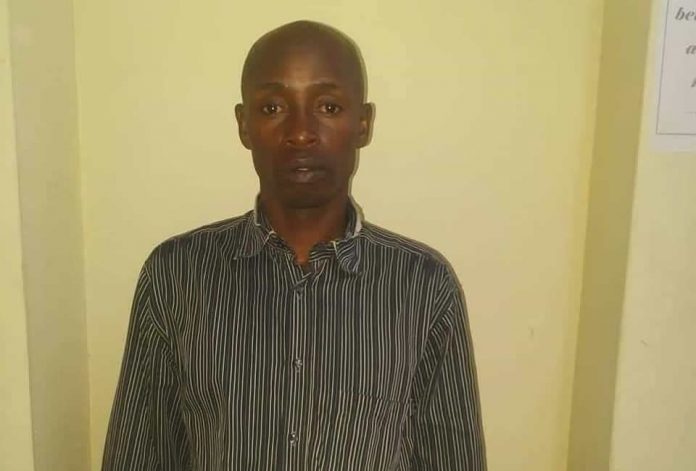 Three suspects have been arrested as Uganda Security Agencies zero down on a group of people that circulate the anonymous threatening letters demanding for money from different districts within Kampala Metropolitan Policing Area.

According to the Uganda Police, the group code named “The People’s Agency” is led by a one John Mwanje a.k.a Brandon a.k.a Brian. Other members of this group include;
Kenneth Sebaggala resident of Nansana, John Bosco Kimera who stays in Sweden, Douglas Kakande a.k.a Darion resident of Masanafu, Herbert Mwanje, Allan Kitonsa and Herbert Muwonge, a Safe boda rider who was being used to deliver these letters.

Their arrest came after joint security teams arresting the panga wielding thugs who attacked and injured Indian investors at a metal fabrication factory at Kabembe, robbing 100 millions and other valuables. Hakim Kigozi a resident of Nansana also revealed names of his colleagues who had planned to attack and rob sand mining business men in Lwera led by Medi Kawooya.

Their arrest and questioning led the investigators into unearthing of vital information about “The Peoples Agency” group headed by a one John Mwanje. This group is believed to be comprised of criminal elements that were circulating threatening letters/messages to the business community especially within Kampala Metropolitan Areas.

The arrest of these suspects comes after the 11th October 2018 address by Deputy Spokesperson for Uganda Police Force SP. Patrick Onyango who revealed that a syndicate of criminals elements delivering intimidating messages to investors and demanding for payment of money in foreign currencies ranging from USD 30,000 to USD 45,000 within a period of three months as contribution towards the activities of the criminal gang. The mode of payment being BitCoin Crypto Currency.

Onyango also cautioned the public about the activities of the criminal groups in Uganda. “The entire public especially the boda boda riders are called upon to be cautious especially when it comes to delivery packages given to them by strangers. We implore the riders to always note down active phone contacts and take photographs of the sender in case they are not given a chance to check the contents of the packages,” Onyango said.

The security agencies believe that these large sums of money demanded may be intended to facilitate criminal activities, terrorism among others. Onyango called upon the general public to alert any nearest police station incase wanted suspect is sighted in their areas or surroundings and also availed a toll freeline number 0800200009.

A 20 MILLION REWARD ON MWANJE’S WHEREABOUTS.

Police has issued a reward of Shs 20,000,000/= (twenty million shillings only) to anybody that can provide useful information leading to his arrest to the arrest of John Mwanje, who has been heading this group.

It’s suspected that Mwanje has been robbing and killing his victims. It is also highly believed that Mwanje could have having a gun that he uses in his robberies.